Decrease in number of flood victims in three states 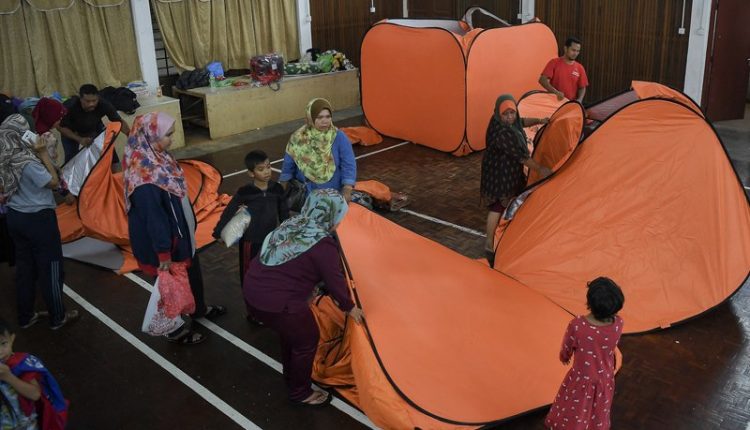 KUALA LUMPUR (Jan 6): The flood situation in the three affected states seems to be improving with more of the evacuees having returned to their homes.

However, Johor and Sabah reported a slight increase in evacuees on Thursday morning.

In Negeri Sembilan, the Social Welfare Department’s (JKM) InfoBencana application stated that the number of flood victims dropped to 506 individuals, involving 124 families, at five relief centres (PPS) at 8am on Thursday (Jan 6) from 589 individuals (148 families) on Wednesday night.

Meanwhile, in Pahang, the State Disaster Management Committee Secretariat reported that 1,369 people are at 30 PPS in five districts on Thursday morning, from 1,491 people on Wednesday night.

Temerloh district has the highest number of flood victims, totalling 510 people, who are from the last floods, while the victims in Bera, Maran, Pekan and Rompin are evacuees from the second wave of floods which began this year.

According to the Drainange and Irrigation Department’s website, the water in Sungai Bera and Sungai Serting in Bera, as well as Sungai Pahang in Kuala Sungai Chini, Pekan, is still above the danger level.

In Johor, the number of flood victims increased slightly to 4,449 people at 8am on Thursday, from 4,253 people on Wednesday night, and they are being accommodated at 66 PPS in the state.

The State Disaster Management Secretariat, in a statement, said all the flood victims are at 27 PPS in five districts.

According to the website publicinfobanjir.water.gov.my, Sungai Bernam at Rimba KDR, Sabak Bernam is at danger level (2.9m), while Sungai Langat at Bukit Changgang, Kuala Langat (3.7m) and Sungai Tengi at Pekan Tanjong Karang, Kuala Selangor (2.01m) are at alert level at 7.45am on Thursday.-BERNAMA