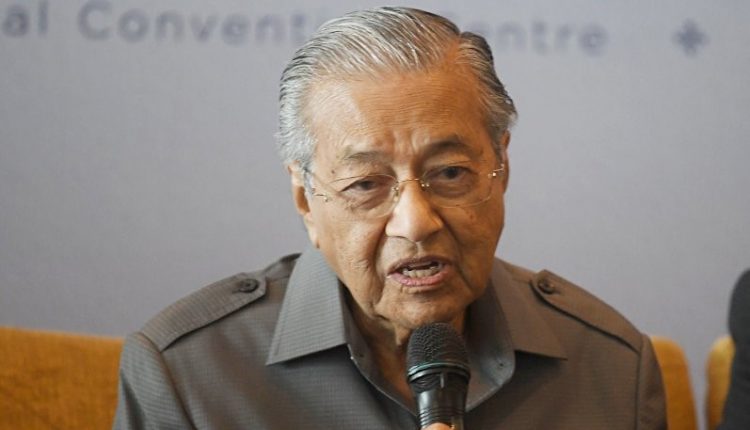 PUTRAJAYA: At 97, Tun Dr Mahathir Mohamad is set to be the oldest candidate in the coming national polls.

The former prime minister has announced that the Gerakan Tanah Air (GTA) coalition has decided that he should defend the Langkawi seat which he won in 2018.

“It was decided that Dr Mahathir will be the candidate for Langkawi but not as prime minister candidate,” he told a press conference at the Perdana Leadership Foundation yesterday.

Dr Mahathir also stated that he would consider working with Parti Pribumi Bersatu Malaysia (Bersatu), which he founded and led before being sacked, as well as PKR.

“The problem is that he (PKR president Datuk Seri Anwar Ibrahim) doesn’t want to work with me. I am a very nice man,” he said, drawing laughter from the media.

Dr Mahathir, who was the fourth and seventh prime minister, will be contesting in his 11th election.

He first won the Kota Setar parliamentary seat in 1964.

Dr Mahathir, who is the GTA organising chairman, said the coalition would contest more than 120 parliamentary seats.

Dr Mahathir, who is Pejuang chairman, said all candidates fielded by GTA would contest under the Pejuang banner except in Kelantan.

“In Kelantan, they will contest under the Putra banner,” he said, adding this was because GTA had yet to be registered as a political coalition.

On GTA working with Bersatu against Umno, he said: “We have to think about who the bigger traitor is.”

Dr Mahathir had an ugly dispute with Anwar at the handover of the prime minister’s post during Pakatan’s administration in 2020.

He then resigned in February that year, bringing the government down.

Describing Umno’s push for polls during the monsoon season as a “dirty trick”, he alleged the former wanted the elections to be held during the floods to ensure a lower voter turnout.

“They are in control of all the government machinery and will move and take their own voters to the polling stations. The supporters of the Opposition parties will not have this privilege. This is a dirty trick by Umno,” he said.

Dr Mahathir defended his decision to call the general election during the monsoon season back in 1999.

“In 1999, climate change was not that bad. But this time, we know that all over the world, there are severe flooding and strong winds and storms. This is a different phenomenon,” he said.

Dr Mahathir dissolved Parliament on Nov 11, 1999, with the 10th General Election held on Nov 29.-The Star

‘Stability and Prosperity’ will be the main theme of BN manifesto