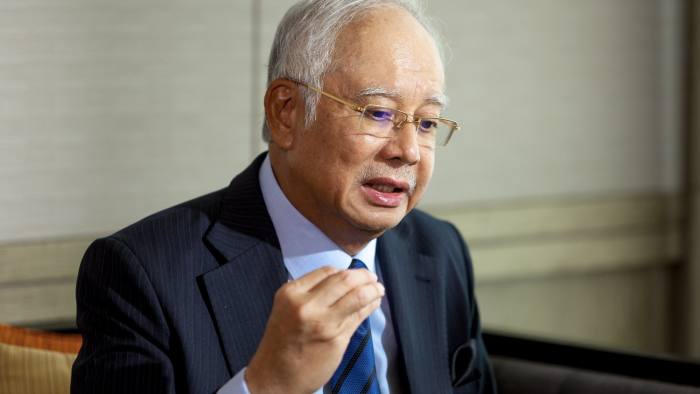 He attributed responsibility for this to someone whom he called “Bapa Lockdown Malaysia” (father of Malaysian lockdowns). However, he did not name that person.

“The half-baked lockdowns and movement control orders, which was one of the longest in the world, was implemented by the ‘Father of Malaysian Lockdowns’,” he said when debating the Supply Bill 2022 in Parliament yesterday.

On Budget 2022, he said the budget proposal of RM332.1 billion was “susceptible to too many risks”.

He said the government would be forced to borrow even more to support its high expenditure plans at a time when revenue projections remained low.

The Pekan MP blamed the current situation on decisions made by the two governments after the 14th general election in 2018.

The two biggest “mistakes” of the past governments, according to Najib, were the abolishment of the Goods and Services Tax (GST) and the “half-baked” lockdown measures to curb the pandemic.

“The first major mistake of the previous government was when it decided to abolish the GST, thereby increasing the government’s dependence on petroleum revenue while scaring off investors by claiming that the country was already bankrupt; and approving the sale of state-owned assets which yielded returns to the government but at the expense of long-term interest.”

Najib said its abolishment had significantly impacted the country, especially in managing Covid-19.

However, he sought to assure MPs that he was not on a fault-finding mission.

“Let me make it clear that this is a Budget 2022 debate session, not a session to find fault with anyone.”

However, he said, “We need to acknowledge and be aware of the major mistakes that have taken place and their impact on the country and the government’s finances”.-FMT