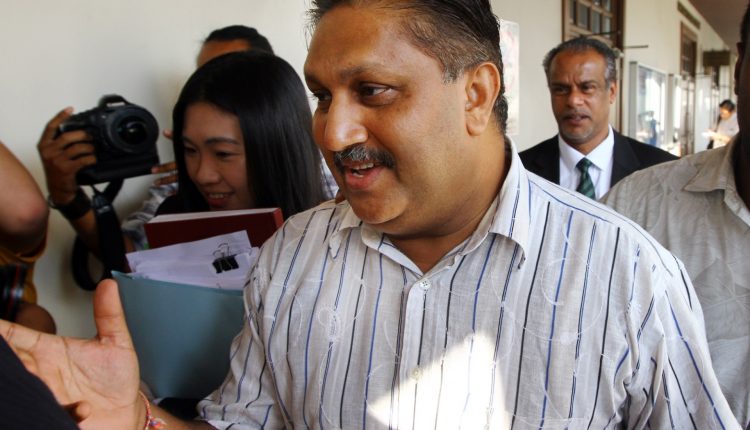 GEORGE TOWN: A former city councillor was sentenced to three years’ jail and a RM7,000 fine for molest at a Magistrate’s Court here on Tuesday (Nov 12).

However, L. Prem Anand, 52, who is a former aide to a DAP assemblyman, was granted a stay of execution pending an appeal by his lawyers.

Magistrate Jamaliah Abd Manap allowed for the stay pending the appeal after defence lawyer E. Gnasegaran raised the fact that Prem Anand deserved the consideration of the court to allow the stay of execution.

Jamaliah allowed the stay with a condition of RM30,000 bail with two Malaysian sureties.

“He must report himself to the nearest police station once a month and his passport is to be surrendered to the court,” she said.

He claimed trial in July 2017 to using criminal force to outrage the modesty of the student, who was 21 then, outside an entertainment outlet in Beach Street at around 11.30pm on July 6,2017.

The victim also claimed that she was offered between RM500 and RM700 to spend a night with Prem Anand but she declined.

He is charged under Section 354 of the Penal Code carries a maximum 10 years imprisonment or a fine or whipping or any two of the punishment on conviction.