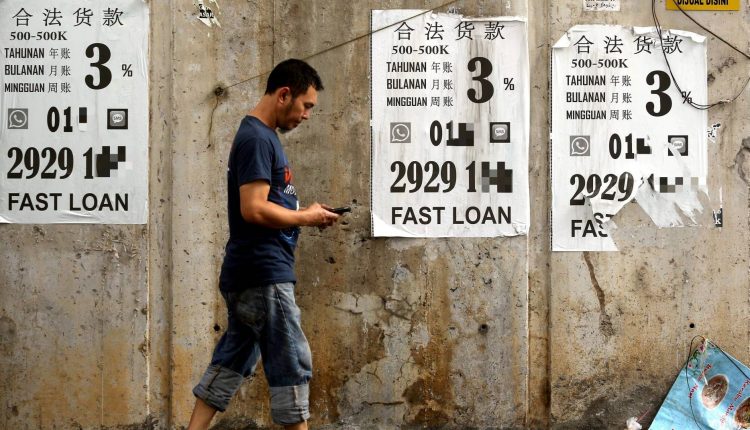 KUALA LUMPUR: A housewife was shocked to find her home targeted by loan sharks.

The victim, who only wanted to be known as Yap, said she had received threatening flyers at her house in Shah Alam on Nov 7.

The flyers had a photo of an IC card belonging to a middle-aged man who was unknown to her.

Thinking that it was a mistake, she and her family ignored the flyers until Nov 13 when she found her front gate locked.

While insisting that she does not know the man in the flyer, Yap however admitted that her son had borrowed money from a loan shark before.

She added that she had tried to contact him but her efforts were in vain.

He brought the matter up to the media at his office in Wisma MCA, and said that Yap was forced to use an electric saw to cut the padlock and chain.

“She also lodged a police report. The weird thing is that when both the police and myself called the number on the flyer, nobody picked up, ” he said.

“They would put their names up in Facebook, with the names of all their family members as a way of shaming them. Sometimes even the grandchildren would be dragged in, ” he said. -The Star