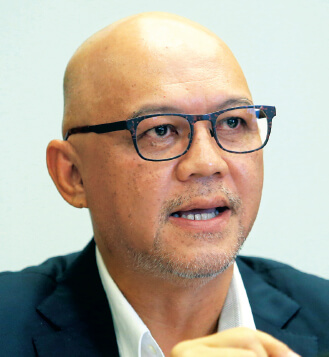 “Actually, I did so… I mean if possible I did not want to implicate YB Lim Guan Eng in any way at all that is why I used the ‘dummy’ invoices so YB Lim’s name will not appear in the accounts,” he told the court.

Zarul Ahmad was responding to deputy public prosecutor Datuk Wan Shaharuddin Wan Ladin who asked if the documents were forged to prevent investigation by authorities.

Questioned further if he tried to fabricate his witness testimonies against Lim while in the stand even after awarded the project, Zarul Ahmad insisted that he was “indebted” to Lim and had no intention to do so.

“I never wished to implicate YB Lim in this case,” he repeated.

Zarul Ahmad previously told the court he was indebted to Lim for granting him the contract to build its proposed undersea tunnel in 2013 ― which has yet to be built ― and making him a successful Bumiputera businessman.

To another question, Zarul Ahmad told the court he was instructed by Lim to issue media statements for the purpose of discrediting a RM22 million graft allegation levelled against the company back in July 2018.

“I received instructions from Lim to issue statements in the press so that the graft investigations against me is made to look… umm… as if I was under coercion when I had my statement taken by the Malaysian Anti-Corruption Commission,” he said.

Lim is facing an amended charge of using his position as Penang chief minister back then to receive a bribe of RM3.3 million in helping the company owned by Zarul Ahmad to obtain a construction project worth RM6,341,383,702.

The offence was allegedly committed at the Penang Chief Minister’s Office on the 28th floor of Komtar, George Town between January 2011 and August 2017.

For the second amended charge, Lim is alleged to solicit from Zarul Ahmad, 10 per cent of the profit to be gained by the company in appreciation of obtaining the project.

Lim is accused of committing this offence near The Gardens Hotel, Lingkaran Syed Putra, Mid Valley City in Kuala Lumpur, in March 2011.

The DAP politician who is both Bagan MP and Air Putih assemblyman is also facing two other charges of causing two plots of land worth RM208.8 million belonging to the Penang government to be disposed of to two companies claimed to be connected to the undersea tunnel project.

He is charged with committing the offences at the Penang Land and Mines Department on the 21st floor of Komtar on February 17, 2015 and March 22, 2017.–Malay Mail

Blackouts reported in Klang Valley and beyond