Interest rates to be hiked gradually 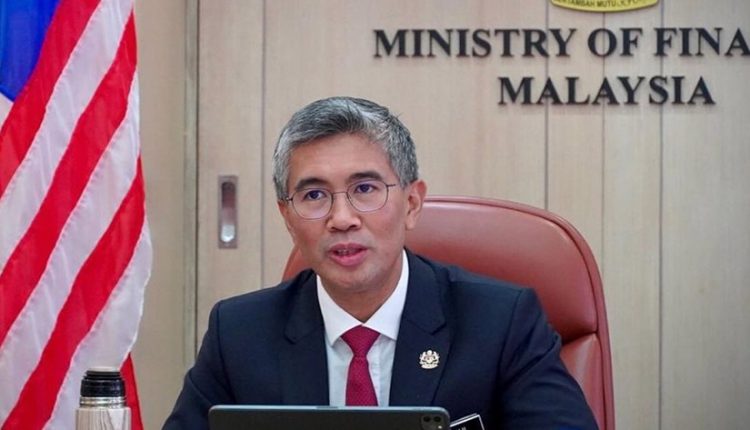 KUALA LUMPUR: Interest rates in Malaysia or the overnight policy rate (OPR) will be increased at a gradual pace as there are “side effects” to hiking them too aggressively, says Finance Minister Tengku Datuk Seri Zafrul Abdul Aziz (pic).

“Our economy was growing strongly in the first half of the year at 6.9% and so we can afford to increase the OPR,” Tengku Zafrul said at the “Recovery and Resilience: Spotlight on Asean Business” forum by Bloomberg.

He also said the country’s economic growth may surpass the official gross domestic product (GDP) growth estimates of 5.3% to 6.3% this year despite the present weaker global economy and the strong US dollar.

Economic growth trends were strong in the second quarter (2Q) with GDP growing at 8.9%, he added. He said the strong growth is anticipated to continue into the 3Q of the year.

“The new forecast GDP numbers will be announced on Oct 7. Inflation in Malaysia was about 2.8% in the first seven months. Our monetary policy remains accommodative as although Bank Negara has increased the OPR by 25 basis points to 2.5%, it is still lower than what it was before the (Covid) crisis at 3% to 3.25%,” he said.

Tengku Zafrul said while the ringgit had weakened against the greenback, it had strengthened against currencies such as the British pound and the euro.

However, he acknowledged the moderator – Bloomberg Television’s chief international correspondent for South-East Asia and anchor Haslinda Amin’s – comments that the pressure on the ringgit is still to the downside due to the interest rate differentials between the United States and Malaysia.

“You also have to understand what the inflation rate is in the United States. The monetary tools available in Malaysia or other countries for that matter also depend on the economic scenario in that particular country,” Tengku Zafrul said.

“Because inflation was at around 2.8% in the first seven months, we can still have an accommodative monetary policy that is supported fiscally by subsidies, for example. But what is important at the end of the day is the medium to longer-term prospects of the economy,” he added.

Tengku Zafrul said the government would be focusing on these key areas for the coming Budget 2023 – to sustain economic growth, making sure this growth is inclusive and on fiscal responsibility.

He noted that while subsidies had climbed to a historical high of about RM80bil this year, the country is also supported as it is a net exporter of commodities.

“One thing the Asean nations would like to focus on is continued economic integration. There are tremendous benefits here – from trading arrangements to currency arrangements – it is still not fully there yet. I would encourage further steps in this direction,” Winters said at the same forum.

Winters added that the potential for sustainable finance was huge in this region where public private partnerships could set new development models for Asean.

“Asean can be a true global hub for sustainable finance or carbon markets,” Winters said.– The Star