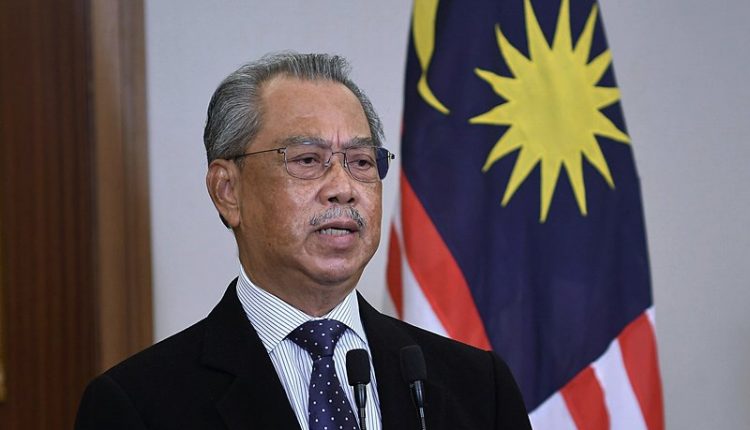 He said he had asked the National Covid-19 Immunisation Programme coordinating minister Khairy Jamaluddin and Health Minister Datuk Seri Dr Adham Baba to look into the situation in the state.

Muhyiddin admitted that the vaccination rate in Johor was still quite low at around 20% of the adult population, compared to some states that had already achieved 60%.

“The two ministers will study it. Recently, they discussed it with Johor Mentri Besar Datuk Hasni Mohammad and the doses will increase from 1.3 million to 1.5 million at the initial stage.

He added that the increase in supply would help Johor ensure that 40% of its adult population gets vaccinated before National Day on Aug 31.

Muhyiddin, who is Pagoh MP, said he had also instructed both ministers to seek an audience with His Majesty and Tunku Ismail to explain the matter.

He added that the problem was due to supplies not arriving on schedule, which caused the committees under the ministers to buy extra doses under companies such as Pharmaniaga to ensure that there was no hiccup.

“In terms of supply, there should not be any problem as we have ordered more than 130% of what the country needs, which means there should be a surplus in doses.

“But a number of doses that we ordered did not arrive on schedule. For example, we ordered one million doses but once (shipments) arrived, we only got half a million,” he said, adding that this was due to the global high demand for vaccines and that neighbouring countries were also facing similar problems.

On Wednesday, Sultan Ibrahim said that the vaccination rate in Johor needed to improve.

As at Aug 4, information on the Special Committee on Covid-19 Vaccine Supply website indicated that 18.3% of the adult population in Johor were fully vaccinated while 46.5% have gotten at least one dose.

Meanwhile, Tunku Ismail said on Facebook that while the vaccination rate in Johor was now at 50,000 doses per day, the number of Covid-19 infections in the state were still at an alarming level.

“Given the situation, I believe the vaccination rate could be further increased to 70,000 doses per day as soon as possible.

“I would also like to suggest that Operation Surge Capacity be implemented in Johor,” he said, referring to the recent ramping-up exercise in Selangor.

Separately, Muhyiddin said the announcement on the easing of restrictions for the fully vaccinated will be made within the next two days.

He described the announcement as something that was eagerly awaited by those who had been fully vaccinated.

Once the announcement is made, restaurants or food outlets could make the necessary preparations according to the standard operating procedure, he said after presenting aid and visiting a mobile community vaccination programme at Felda Batu 27 Lenga here yesterday.

Muhyiddin said besides travelling and dining-in, there would be fewer restrictions on sport activities.

“People would be able to play sports such as tennis, badminton, golf or even go to the gym, but this is still being considered by the National Security Council,” he added.-The Star