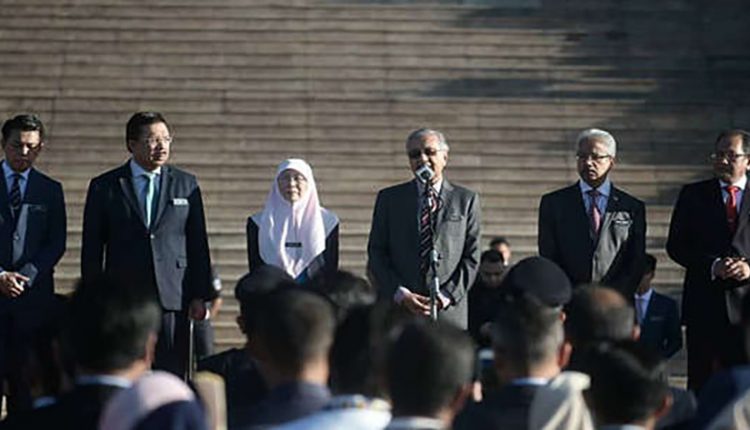 PETALING JAYA: Malaysia still has a good civil service, but corruption within the public sector has increased over the years, says a retired top official.

Ramon Navaratnam disputed the view of former diplomat Dennis Ignatius that Dr Mahathir Mohamad caused a rot to set in after becoming prime minister in 1981. Navaratnam said Ignatius’s view was “exaggeration… hyperbole” but acknowledged that there is no hiding from many of the other claims Ignatius made in his book Paradise Lost: Mahathir & The End of Hope.

The three prime ministers before Mahathir – Tunku Abdul Rahman, Abdul Razak Hussein and Hussein Onn – knew how to work with the civil service and did not interfere but gave civil servants independence of thought and action, and space to carry out their work, Navaratnam said.

Mahathir did not share those qualities and was suspicious of civil servants and their loyalty towards him, adding that Mahathir “generally thought that he knew more than anyone”.

“Public support and respect for the civil service has declined, and so it just limped along… all because Mahathir wanted it his way,” Navaratnam said.

However, he said it was “unfair to say the rot has set in” as Ignatius claimed. “It is still a good civil service. How do you think the government was run while the politicians were busy politicking?” said Navaratnam, an economist with the Treasury for 28 years who retired as secretary-general of the transport ministry and was later an adviser to the Malaysian Anti Corruption Commission and president of Transparency International Malaysia.

He said Ignatius was “substantially correct” in many other areas. He agreed that corruption within the public sector has increased over the years.

Navaratnam said the civil service has grown too large and expanded based on quantity, and not quality, however its contribution to national unity and productivity had declined after Mahathir became premier.

Navaratnam said the change did not take place immediately “but we could see the gradual change. From the senior level all the way down, we now find a civil service that doesn’t represent the multiracial composition of the country.

“The civil service hasn’t evolved and national unity has declined as non-Malays feel alienated from it.”

Ignatius wrote that Mahathir frowned at the idea of independent-minded officials who provided apolitical service and blind loyalty became the most important prerequisite for career advancement. Mahathir’s successors continued with such policies, which has led to an increasingly corrupt civil service that has lost its professionalism and competence.

Johan Ariffin Samad, the former CEO of the Sabah think tank, the Institute for Development Studies, said that based on his observations, the country’s civil service is politically influenced, judging by the numerous complaints about officials not being promoted based on seniority or merit, but rather, on their political affiliations and ties to ministers.

Many senior civil servants had also been embroiled in corruption cases, which was an increasingly common occurrence.

Johan lamented the fact that such wastage of public funds continues to be a reoccurring issue despite the many reports by the Auditor-General.

“I used to work with American companies where if they find fault in an audit report, they would monitor it and reprimand or sack those responsible if the same faults were detected during the next audit,” said Johan. “But here, the offences are repeated. That attitude (corruption) is prevalent now in our society.” -FMT