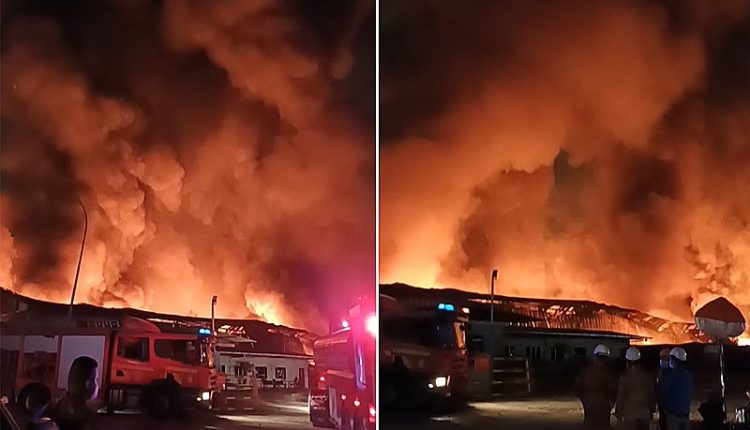 PETALING JAYA: A massive fire at a plastic recycling factory in North Port, Port Klang all but razed it to the ground, after the flames destroyed 90% of the building tonight.

Fortunately, there were no casualties.

According to the Selangor Fire and Rescue Department, they received a call at 10.22pm and arrived at the scene at Lorong Sultan Mohamad 1, about 13 minutes later.

Firemen took about 16 minutes to get the flames under control with the help of five fire trucks and six water tankers.

Videos circulating on social media showed huge orange-hued plumes of smoke billowing in the distance, as onlookers stopped by the highway to catch a glimpse of the raging flames.-FMT