No revenge in GE15 against those who betrayed me, pledges Zahid 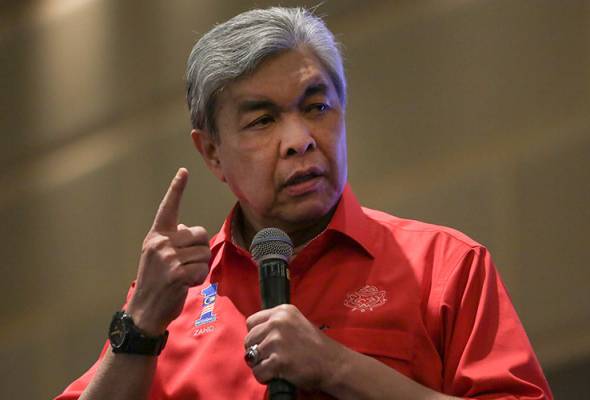 PETALING JAYA: Umno president Ahmad Zahid Hamidi has given an assurance that he will not seek revenge on any individual who had betrayed him when the time comes for Barisan Nasional (BN) to nominate its candidates for the 15th general election (GE15).

He said those who have slandered him need not worry, as the matter has already been outlined in an Umno Supreme Council meeting before this.

“No need to worry, don’t be scared. This person (Zahid) will not take revenge on anybody. Not only was I betrayed (by my allies), slandered, insulted and dragged (to court) but inshaAllah, I will have God (on my side). My stand is, God will decide,” he said in an interview on GE15 livestreamed on Facebook last night.

Zahid said he will sit with Umno deputy president Mohamad Hasan and Prime Minister Ismail Sabri Yaakob to decide on the GE15 candidates based on three criteria set by the party.

He said every candidate representing Umno must be “winnable, acceptable and likeable”.

“I will not seek revenge as long as these three criteria are fulfilled,” he said.

Elaborating on the individuals who have jumped ship, Zahid said he will not accept any traitors back into Umno. “I ask them (traitors) to remain in their respective parties if they are confident of their new party.”

He is confident Umno will return as the voters’ choice, especially among the 5.6 million first-time voters in the upcoming elections.

“We will fix our weaknesses and the rakyat will come back to Umno, including the first-time voters,” he said.-FMT