Now, Zuraida wants to offer her insights on education to Afghan women 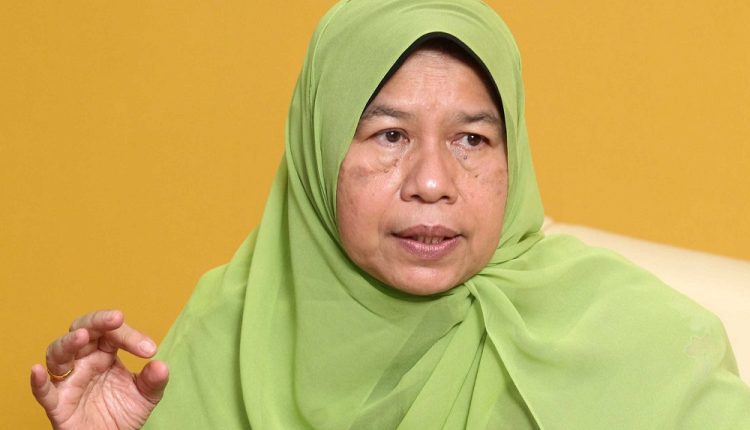 PETALING JAYA: Zuraida Kamaruddin, who previously expressed interest in guiding the Taliban to promote female empowerment, is prepared to offer Afghanistan her views on several matters, including education.

The former housing and local government minister said she could contribute her insights on education, economic and social entrepreneurship based on her “vast experience in empowering women via humanitarian efforts” over the past two decades.

She said that according to reports, only five of 100 businesses in Afghanistan belong to women entrepreneurs.

The Ampang MP said her main concern was for the welfare of women and children in that country and that she “felt a need to do her best in reaching out to them”.

“Every girl and child deserves an education and I believe that Malaysia is certainly qualified to provide guidance and feedback in this area,” she said in a statement after a meeting with the Afghanistan ambassador to Malaysia Dr Moheb Rahman Spinger yesterday.

It has to be noted that Nobel Peace Prize winner Malala Yousafzai, then a 15-year-old, was shot in the head by the Taliban in December 2012 for campaigning for female education in northeast Pakistan.

Zuraida today said she was prepared to explore some possibilities in Afghanistan as the president of the Council of Malaysian Women Political Leaders (Comwel).

She also said she would visit Afghanistan, when conditions permit, to better understand the situation.

Last week, Zuraida said she would be keen on making another trip to Afghanistan to guide the Taliban in promoting women’s development and empowerment, if she was given the opportunity to do so.

She also called on other progressive Islamic countries to send female representatives to the crisis-stricken country to do the same.-FMT

Candidate with most votes to be declared winner despite withdrawal

Johor cops round up 46 bookies over World Cup betting