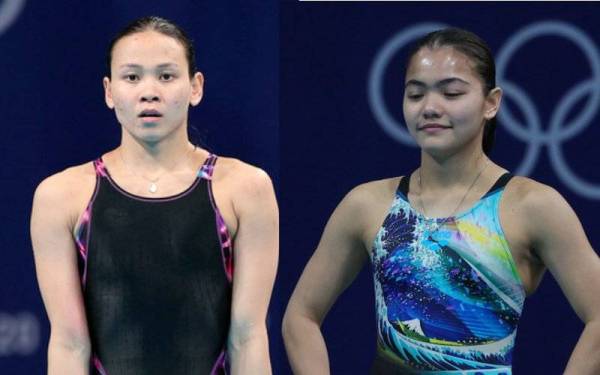 KUALA LUMPUR: Pandelela Rinong-Nur Dhabitah Sabri did just enough to secure a bronze medal in the women’s 10m platform synchro event at the World Championships in Budapest on Thursday.

Pandelela-Dhabitah put up a much-improved showing from the preliminaries as they tallied a total of 298.68 points to finish third in the final.

It was Pandelela’s third successive world meet medal in the synchro event. She won a bronze with Cheong Jun Hoong in 2017 and grabbed a silver with Leong Mun Yee in 2019.

China’s Quan Hongchan-Chen Yuxin romped to the gold with 368.40 points, while Americans Delaney Schnell-Katrina Young just pipped the Malaysians to silver with a score of 299.40.

It was, however, still a solid showing by Pandelela-Dhabitah who had started the day sixth in the preliminaries.

It is also a huge shot in the arm for the pair, who are competing in their first major event since the Commonwealth Games in 2014.

For Pandelela, it is her seventh medal at the world meet and her second in this year’s edition after also grabbing a bronze in the 10m platform individual earlier.

But it is a sweet first ever world meet medal for the 22-year-old Dhabitah.

Earlier, youngster Gilbert Gabriel Daim failed to make any headway in the men’s 1m springboard as he finished 46th out of 48 divers and missed out on the final.-NST

Ringgit rebounds to open higher against US dollar