Report ministers who violate the law, including myself, says PM 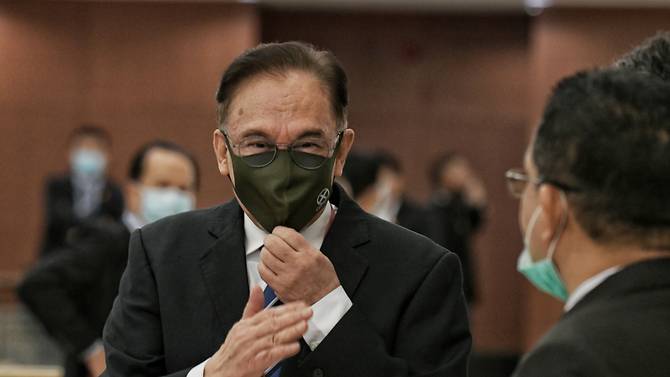 PUTRAJAYA: Prime Minister Anwar Ibrahim said civil servants should speak up on any action by the unity government found to be in violation of the law.

Speaking at the monthly meeting with staff of the Prime Minister’s Department here today, Anwar, who is also the finance minister, stressed that he should also not be spared.

“My emphasis is on enforcement. What I learned, especially at the finance ministry, is that there are many questionable files,” he said.

“It is easy to blame the officers. But if there’s an instruction from a minister or the prime minister, the officer has to comply.

“However, I have now made it clear that even if there is an instruction, even from the prime minister himself, and it would constitute a violation of the law, then let me know.”

“This is to ensure coordination. However, it will only work if there is full cooperation from colleagues,” he said, expressing his gratitude to civil servants for their enthusiasm and response to his criticisms.

He said the country will not progress if there are too many leakages in the administration.

“As I have mentioned before, this is when contracts are made with commission that is too high or where the price is not reasonable.

“I am not pointing fingers at anyone. It is a fact. You cannot succeed as a nation if there are so many leakages,” he said.

On the unity government’s Cabinet retreat at Seri Perdana Complex yesterday, which was also attended by several department heads, Anwar said it was to bolster consensus and solidarity between the executive branch of the government and civil servants.

He said similar retreats would be held with the Malaysian Anti-Corruption Commission and the attorney-general.-BERNAMA