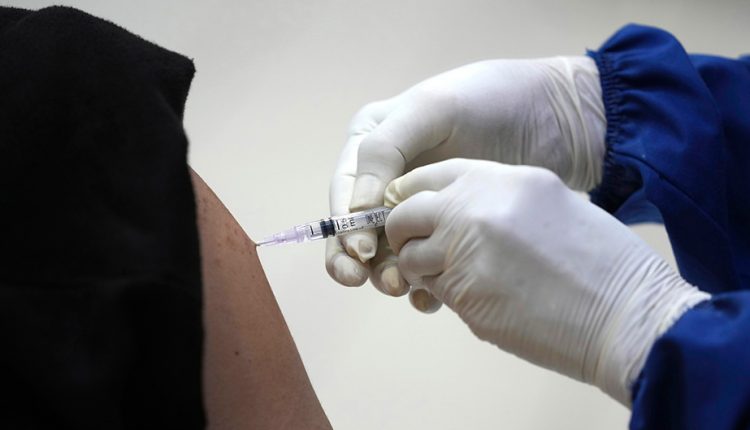 Research has found that the unvaccinated face 11 times higher likelihood of death from the Delta variant compared with those vaccinated against Covid-19.

Institute for Clinical Research director Dr Kalaiarasu Peariasamy quoted the United States Centres for Disease Control and Prevention (CDC) findings while stressing the importance of vaccination to the public as the variant was still the predominant strain fuelling, not only infections, but also critical hospitalisations.

Dr Kalaiarasu cited The BMJ, a peer-reviewed medical journal which summarised the research that stated that the rate of deaths involving unvaccinated people in the US due to the coronavirus was 11 times the rate of those fully vaccinated since Delta became the country’s dominant variant.

He said the situation was similar to Malaysia’s battle with Delta, as the country’s case fatality rate stood around 1.15 per cent while it recorded a peak of 0.4 to 0.5 per cent case fatality rate between September and December last year during the onset of the third wave of the pandemic.

“Our case fatality rates also increased gradually from January due to the spike in cases involving variants of concern, including the Beta and Delta strains. This is similar to surges faced by other Southeast Asian and Asian nations.

“But you can see a declining trend in Covid-19 deaths, which started in mid-September when 55 per cent of the population were fully vaccinated.”

He said the downward trend in cases was recorded when the percentage of those vaccinated reached 40 per cent.

“We saw this at the end of August when 46 per cent of the population completed their vaccination. This is a good sign in terms of vaccine efficacy,” he said during a briefing on the importance of vaccinating adolescents hosted by the Health Ministry yesterday.

Dr Kalaiarasu said the government hoped to see cases decline to 4,000 active infections or lower by year end with optimal coverage for all, including teenagers.

“Complete vaccination also reduces the risk of fatality by 88 per cent while partial vaccination (with only one dose) cuts mortality risk by 49 per cent.”

He said the AstraZeneca vaccine was the most effective vaccine, with 96 per cent efficacy in reducing ICU admission risks as well as deaths due to Covid-19.

He said the Sinovac vaccine was 77 per cent effective in preventing ICU admissions among Covid-19 patients, but had 84 per cent efficacy in curbing deaths due to the coronavirus.

“Levels of protection were lower than what were conferred by vaccines at the end of spring, the study found. Vaccine efficacy has declined since the Delta variant became dominant around June 20. The decline in efficacy against hospital admission or death was small, but the protection offered against infection has slipped more significantly.

“From April 4 to June 20, unvaccinated people died from Covid-19 at 16.6 times more than those fully vaccinated. Between June 20 and July 17, that rate fell to 11.3. Before June 20, admissions of unvaccinated people with Covid-19 to hospitals were running at 13.3 times the rate among those vaccinated, but this had fallen to 10.4 after that date,” the article in The BMJ said.

The Delta variant now accounts for more than 99 per cent of new infections in the US. Just over half of the total population is fully vaccinated, with 63 per cent having received at least one shot.

The CDC study tracked 569,142 Covid-19 cases, 34,972 hospital admissions, and 6,132 deaths. Of the vaccinated people, 92 per cent had received mRNA vaccines and the remainder, the Janssen (Johnson & Johnson) vaccine. -NST