Up to Umno delegates, says Zahid on contests for top 2 posts 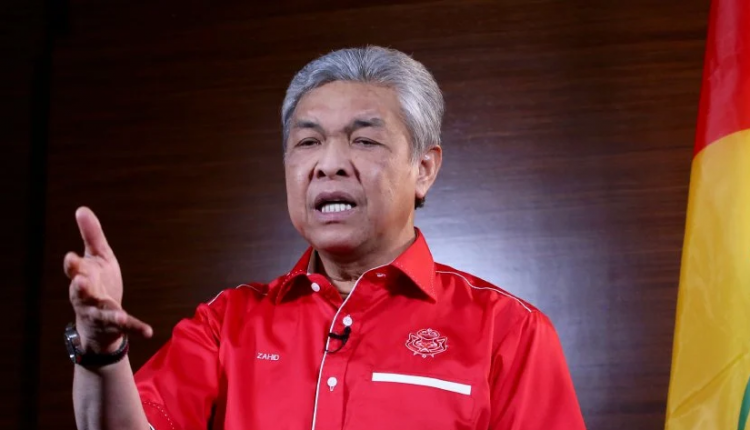 KUALA LUMPUR: Umno president Ahmad Zahid Hamidi says he will leave it to party delegates at its annual general assembly to decide if the president and deputy president’s posts should be contested in its upcoming party elections.

Zahid acknowledged that there were differing views on whether the top two posts should be contested, but said he had “confidence in the democratic process”.

“I leave it to the delegates to decide. However, I am confident that Umno members can judge rightly … as youngsters would put it, to judge between what is original and what is fake,” he said in his presidential address at World Trade Centre Kuala Lumpur today.

The Umno Supreme Council has yet to decide whether the two top posts should be contested in the party elections, which must be held before May 19.

There have been conflicting calls from Umno leaders and delegates over contests for the top posts.

Wanita Umno chief Noraini Ahmad and the party’s deputy president, Mohamad Hasan, had spoken against allowing any contests, with Mohamad warning of widening divisions in the party.

However, delegates from the youth, Wanita and Puteri wings had called for all posts to be contested in the “spirit of democracy”.

Also backing these calls were Federal Territories Umno chief Johari Ghani and former Umno Youth chief Khairy Jamaluddin, with Khairy saying Zahid had told him he was “ready to fight” for the presidency.

Zahid had faced calls to resign as Umno president following the party’s dismal performance in the recent general election.

Yesterday, Umno information chief Isham Jalil advised party members to “make it known” if they intend to contest for the top leadership positions.

He said the party’s leadership had no intention to prevent anyone from contesting for the posts.-FMT