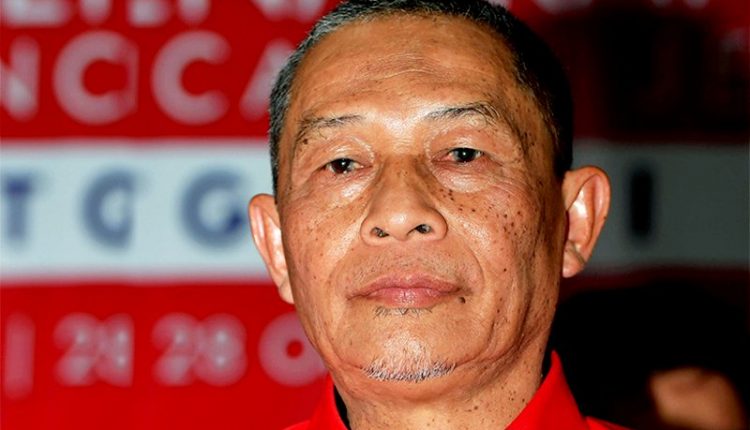 PONTIAN- Pakatan Rakyat (PH) candidate for the Tanjung Piai parliamentary by-election Karmaine Sardini says he is inspired by Tun Dr Mahathir Mohamad in continuing to serve the people, despite certain parties, including the opposition, raising questions over his age.

The Tanjung Piai Parti Pribumi Bersatu Malaysia (Bersatu) chief said in fact, he considered such jibes as a challenge for him to work harder to win over voters and in continuing to provide the best service to the local community.

Karmaine, 66, was announced as the PH-Bersatu candidate for by-election by Bersatu president Tan Sri Muhyiddin Yassin, during an event on Monday.

“In politics, age is no barrier. Everywhere, even world leaders…if you see, they are not young.

“In fact, it has driven me to be stronger. This (being 66 years old ) is nothing and it does not weaken my fighting spirit, because my boss (Tun Dr Mahathir Mohamad) is also 94 years old. So I don’t think it is impossible…I can do it,” he said when met at the Kukup State Constituency service centre here, today.

Although he been questioned over his age by an ‘old friend’ Datuk Hasni Mohammad, Karmaine viewed the snide remarks as a challenge in proving his ability to uphold the party’s hopes and help the local community.

“Hasni was once the the division chief when I was in UMNO… if he questions my age and that I cannot carry out my responsibilities, Insya Allah (God willing) I will prove that I can do my job well,” said Karmaine, who is also serves as an Imam at the Masjid Al-Muttaqin at Taman Sutera, near Perling, Johor.

On claims that he had fake education certificates, Karmaine said he obtained the Advanced Diploma in Architecture in the 80s from Universiti Teknologi Mara (UiTM) which was then known as Institut Teknologi Mara (ITM).

The qualification which was equivalent to a Bachelor’s degree enabled him to become an architect at the Kuala Lumpur City Hall.- BERNAMA