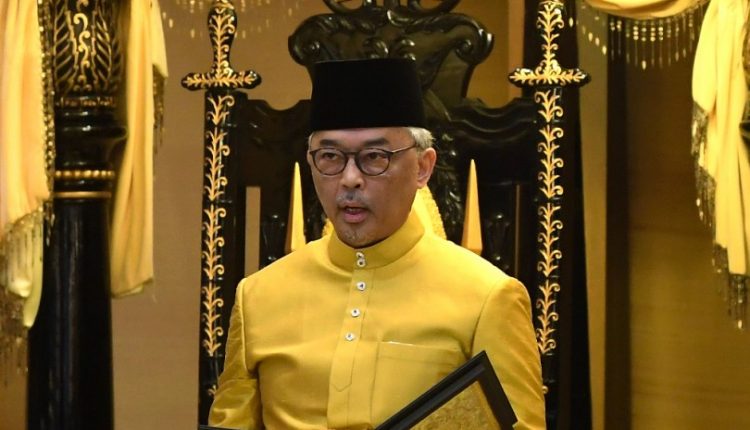 Al-Sultan Abdullah who was installed as the 16th Yang di-Pertuan Agong on July 30 was conferred the Darjah Kerabat.

Orang Kaya Bendahara Seri Maharaja, Tan Sri Dr Mohd Zahidi Zainuddin said the date for the conferment of the Darjah Kerabat to the Yang di-Pertuan Agong would be decided by Al-Sultan Abdullah.

Meanwhile, Mohd Zahidi said that in conjunction with the birthday this year, Sultan Nazrin consented to confer the award Darjah Seri Paduka Mahkota Perak (SPMP) which carries the title Datuk to the Secretary of the Dewan Negara Perak, Datuk Ayop Hashim.

Also conferred the DPMP were two members of the Ahli Majlis Kerajaan Negeri Perak (Exco) namely the Chairman of the Religious and Islamic Education, Rural and Entrepreneur Development Committee, Asmuni Awi and Chairman of the Public Amenities and Infrastructure, Agriculture and Plantation Abdul Yunus Jamahri.

Mohd Zahidi said the investiture ceremony for the Preak state honours to all the 19 recipients of the SPMP, SPTS, DPCM, DPMP and DPTS by Sultan Nazrin would be held on Nov 10 at 9 am at the Balairung Seri, Istana Iskandariah, Kuala Kangsar.

Meanwhile, Mohd Zahidi said the second session of the investiture of the Perak state awards to 234 recipients would be held at 9 am on Nov 16 also at the Balairung Seri, Istana Iskandariah.

Mohd Zahidi said that all mosques in Perak today held Yaasin recitals, thanksgiving and special prayers in conjunction with the Birthday Anniversary of Sultan Nazrin.

He said the people were also suggested to celebrate the Birthday Anniversary of the Sultan of Perak by raising the state flags at office and business buildings as well as residential buildings.

“To further enliven the event on Nov 9 at Istana Iskandariah, office buildings and business premises are encouraged to switch on the lights at night until 12 midnight,” he said.- BERNAMA