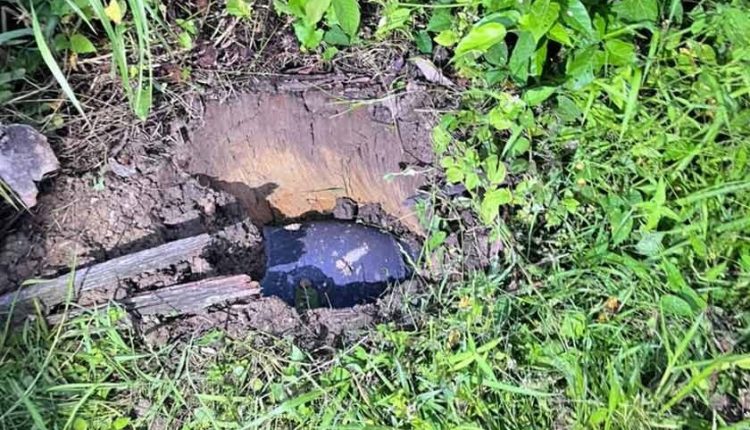 PETALING JAYA: Two families in Batu Niah, Sarawak, have been told to vacate their houses due to concerns of radioactivity after alien objects were found nearby.

The move was taken to enable investigations over concerns surrounding the objects believed to be debris from China’s Long March 5B rocket.

The existence of the unidentified black object at Lot 65, Pekan Sepupok Lama, Niah, was reported by local residents on Sunday (July 31).

Immediately after an emergency call was received at 6pm, the Batu Niah Fire and Rescue Department mobilised five personnel to the location of the object.

“The operation team found the black object which was buried about half a metre in the ground and pictures were taken for further action,” Astro Awani quoted a Batu Niah Fire and Rescue Services Department personnel as saying on Monday (Aug 1).

The spokesman said the occupants of both houses were temporarily told to vacate.

The operation was postponed at around 8.20pm on Sunday while awaiting further instructions.

Before this, social media was abuzz with several videos and pictures showing a bright object like a meteor in the air space in Sarawak, especially in the Kuching area.

The object is believed to be rocket debris from the Long March 5B rocket that was reported to have entered into the earth’s atmosphere above the Indian Ocean at around 12.45am Sunday (July 31), according to the United States National Aeronautic and Space Administration.