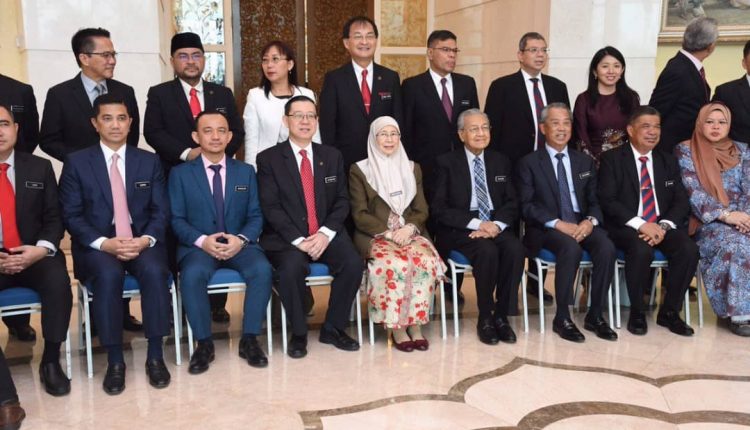 PETALING JAYA: Cabinet changes are on the cards after all. Two months after he last dismissed persistent talk of ministers being replaced, Prime Minister Tun Dr Mahathir Mohamad now says a Cabinet reshuffle is set to happen soon.

He said some ministers would be dropped but it would not happen “today or tomorrow”.

He said that although the move was not a solution to counter the waning popularity of the Pakatan Harapan ruling coalition, as reflected in the recent Tanjung Piai by-election results, it had to be done anyway.

Dr Mahathir said that the reshuffle should not be “radical” so as to affect the run-up to next year’s annual Apec meeting.

“It may be before the Apec meeting but I do not want too many changes to take place because we need to make the necessary preparations as this involves many world powers and we need to be prepared, ” he added.

The Apec summits are traditionally held between September and November. However, this year’s Leaders’ Week in Chile was cancelled due to anti-government protests. The dates for the 2020 meeting have not been announced yet.

Dr Mahathir had several times publicly denied any plans to make changes in the line-up of ministers. Perhaps the most recent example was during a radio interview in September.

When speaking to the media at Bersatu’s headquarters here yesterday after meeting with the party’s central leadership, he said, “As the Prime Minister, I am responsible for the reshuffle and I will listen to the opinion of others. I will give my own views when making the reshuffle.

“It will not be today or tomorrow as we have to weigh the abilities and achievements of the current ministers. Only after that can I discuss a Cabinet reshuffle (with the Pakatan component parties).

“My constraint is that although I am the PM, I have to discuss with the other component Pakatan parties. I cannot easily make my own decisions to change or drop just anyone.”

Pakatan is made up of Bersatu, PKR, DAP and Parti Amanah Nasional and is partnered by Parti Warisan Sabah.

He said a Cabinet reshuffle may even bring about new problems and therefore, there was much to be taken into account.

“The act of reshuffling is not a solution. It may even be a problem. We have to know the achievements of the ministers before we replace them. We need to know the capabilities (of the new ones).

“A Cabinet reshuffle is not a solution to our problems in recovering the position of the government. If we reshuffle, maybe the new ones will also take time and the results too will take time. In that time, perhaps there may be calls for another reshuffle.

“It is not as if everything will be solved if we reshuffle.

“We must weigh the reasons before we reshuffle. We need to know those who may have to be dropped and the people who may replace them, ” said Dr Mahathir.

He said that although his party leaders voiced concerns over the Tanjung Piai loss and the need for a reshuffle real soon, he was not given a deadline.

“We will discuss this with the other Pakatan Harapan component parties in a few days’ time, ” he added.

He said the Pakatan government had achieved much but the people were not aware of the increased foreign direct investments that it has managed to attract.

“We have been in power for one year and eight months. Many of the plans we have launched will take time before they show results. We have changed many plans to ensure that the government is more effective.

“We have been able to reduce many corrupt practices even though this caused uneasiness among those who previously used to get ‘corrupted assistance’, ” he added.

Last August, The Star reported that a possible Cabinet reshuffle was discussed during a Cabinet meeting.

Dr Mahathir downplayed that possibility, saying it was a “mere reshuffling of cabinet portfolios”.

Following the Tanjung Piai by-election, several Pakatan leaders have criticised the coalition’s performance and have called for a reassessment of its leadership and how Pakatan operates.- The Star Online