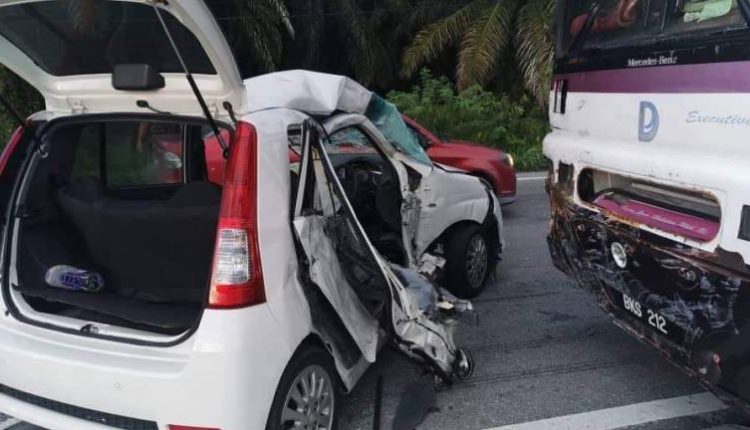 LUMUT- A woman was killed and two others were injured when a bus crashed into the car they were travelling in at a traffic light intersection in Kampung Tersusun Batu 7, Lekir, in Sitiawan, tody.

Sitiawan Fire and Rescue Station chief Mohd Zaki Zainol said a team from the station was sent to the scene after receiving a distress call at 6.45 am and on arrival found the woman, who was at the wheel of a Perodua Viva, pinned in her seat.

He said firemen took about 10 minutes to extricate the woman’s body from the wreckage and also remove the front passenger who was trapped in her seat.

The car driver died on the spot in the crash, he said when contacted here today.

He said the bus, with no passengers, was heading towards Lekir to Sitiwan, when it skidded and veered into the opposite lane, before crashing into the Perodua Viva car, in which three women, all in their 30s, were travelling in.

The rear passenger escaped with minor injury in the crash.- BERNAMA