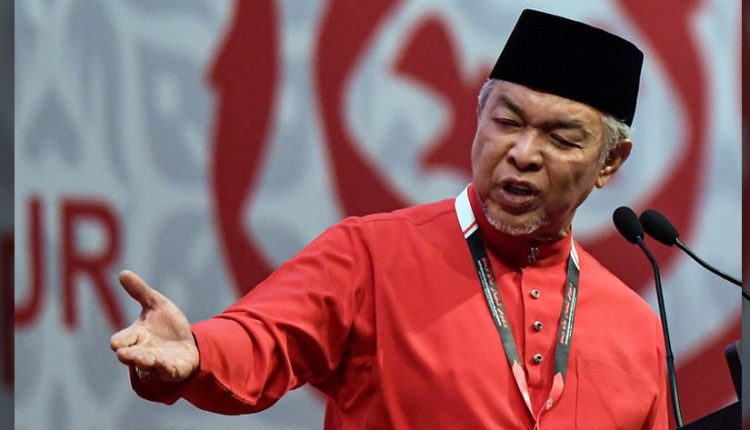 The Umno president said this in support of his call to hold the 15th general election (GE15) sooner rather than later.

“In terms of handling floods during the monsoon season, the caretake prime minister would still have the power.

“God willing, the general election will be held before that (the flood season),” said Ahmad Zahid in a Facebook post on Friday morning (Sept 30).

The Umno president said Opposition parties wanted GE15 to be held next year because if Parliament was to be dissolved soon, they would be defeated by Barisan Nasional.

Ahmad Zahid said it was a wrong move by Pakatan Harapan to scare voters into thinking that the government could not handle the floods.

“The Opposition tried to use the Covid-19 pandemic to reject the Melaka, Johor and Sarawak polls, but in turn, it was punished by voters.

“The Opposition is set to face a repeat of its defeat,” said Ahmad Zahid.

Ahmad Zahid also said floods don’t only happen at the end of the year as floods hit Baling in July, while the same happened in Batu Pahat and Pontian in September.

He also said Umno’s entire machinery has always assisted victims whenever floods occur and not just during the monsoon season.

“This is the advantage and strength of Umno grassroots that are feared by the Opposition and Barisan’s enemies.

“Continuous efforts to delay the general election were made because the Opposition does not have this advantage,” added Ahmad Zahid.

Ahmad Zahid also said the waning influences of the Opposition and Barisan’s enemies was among the reasons why these groups want to delay the national polls to next year.

“The Opposition believes that if the general election was delayed, their decline in support could be ‘repaired’ and its popularity could increase.

“The mantra for calling for a dissolution (of Parliament) by Pakatan has gone missing and its confidence and morale is unlike the level in the 2018 general election.”

Speculation is rife that the Parliament will be dissolved after Budget 2023 is tabled on Oct 7.

Initially, Budget 2023 was scheduled to be tabled on Oct 27, but it was brought forward.–The Star