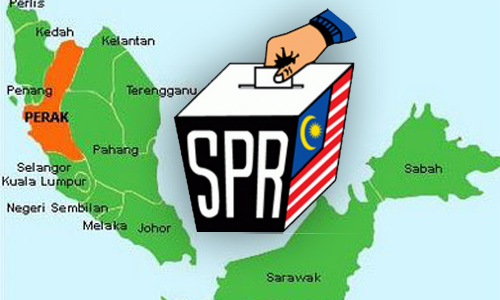 PETALING JAYA: The recommended voting times provided by the Election Commission (EC) when voters check their registration online are just a guide and not absolute.

They added that the suggested time was implemented previously during the movement control order to prevent crowding in a bid to curb the spread of Covid-19.

Similarly, this was also shared by journalist Hadi Azmi (@amerhadiazmi).

“The timing is for crowd control. There are six million more voters nationwide this time around,” he tweeted yesterday.

Twitter user @H_Bakkaniy also said the suggested voting times was a feature the EC had used before in a few state elections.

“The time given is merely a suggestion based on your voter registration number.

“If you come earlier or later than the suggested time, it may cause you to stand in line longer,” the EC explained.

According to its site, the time for voting in Peninsular Malaysia is from 8am to 6pm while for Sabah and Sarawak, it is from 7.30am to 5.30pm.

This comes after an additional column titled “Encouraged time to vote” is included among the details of the voters upon checking their status for GE15 in the EC website https://mysprsemak.spr.gov.my/

This has caused confusion among many on social media, with some claiming it is a “dirty move” by the EC as they thought they would not be allowed to vote outside the stipulated time.-The Star