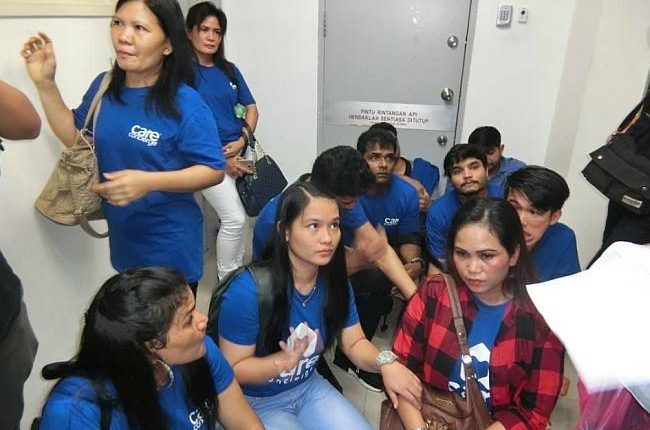 The Department’s director-general said officers performed checks on 55 foreigners and detained 40 of them during the joint operation with the Welfare Department on Sunday (Oct 6), which saw agencies’ premises in Kuala Lumpur, Petaling Jaya and Damansara raided.

“They had committed various offences, including misusing passes and permits,” he said in a statement on Tuesday (Oct 8).

He added that the department discovered that the agencies provided courses and training on elderly care for foreign workers as well as maids with the promise of job opportunities after the courses are completed.

“The agency charged RM200 for each participant,” he said.

During the raids, the agency’s management failed to provide proper documents for conducting such courses and training, he added.

“Most of the participants were female foreign workers, who entered the country using social visit passes and as maids.

“Initial checks revealed that the women had passes to work as maids but they are not currently working, and some even fled from their employers,” Khairul Dzaimee said.

Some of the women also entered the country as tourists and they had enrolled in the courses with the hope of landing jobs, he added.

“Foreign men, who worked in construction and agriculture sectors also took part in the courses and training in order to get part-time jobs,” he said. – The Star

Dr M: No backlash from China over HK remark