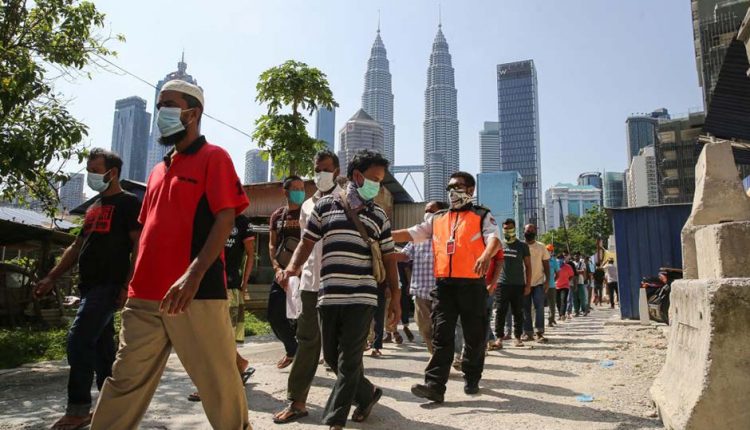 “With more skilled workers Malaysia can enhance productivity and competitiveness,” he said when noting Malaysia was below the global average for skilled job opportunities.

“Embark on certification of skills of local workers through recognition of prior learning programmes for those unemployed to undergo upskilling and reskilling especially on ICT and digitalisation.

Shamsuddin acknowledged that limiting migrant workers was expedient but argued that some industries, such as furniture manufacturing, were not well suited to IR4.0.

Such industries could compromise by keeping supervisory roles for locals and migrant workers in the manufacturing positions, he proposed.

He also suggested that the government look at local unemployment in isolation and not in the context of sectoral issues such as the existence of “dirty, dangerous, and difficult” or the so-called “3D jobs”.

“We must accept this reality and address it urgently for the sake of our economy,” he said.

He said this would already limit the ability of companies to justify hiring foreign labour by claiming that locals did not want to work some jobs.

He also mooted the formation of the National Workforce Center under the Human Resources Ministry to register and train jobseekers.

“New labour prospects must continue to be sent to work in whichever sectors suitable to serve one year on minimum wage and obtain a Certificate of Trained Worker. Employees can hire these prospects and the prospects can use the certificate to apply for jobs according to the approval rates they have achieved as a supporting document,” he added.

He said investment in such infrastructure and services would encourage more women participation in the workforce.

“I think the government is responsible for the kids as they are the future of this country. I think building more affordable childcare centers would be a great investment for the country’s very foundation,” he said.

Periera also urged the government to increase the minimum wage to attract more locals to take up blue collar jobs, saying the current level of RM1,200 did not make such work attractive.

When tabling the 12MP, Prime Minister Datuk Seri Ismail Sabri Yaakob said Malaysia has grown highly dependent on migrant workers and must take steps to ensure that they did not take up more than 15 per cent of all jobs. -MalayMail