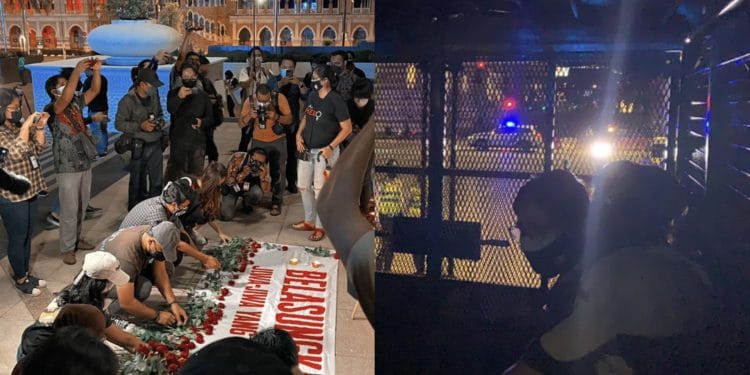 They were there for a “candlelight vigil” and memorial service for those who died of Covid-19.

The rally organised by Sekretariat Solidariti Rakyat (SSR), the same group which organised the #Lawan rally last month, was scheduled to start at 8pm.

However, it was learnt that the organisers decided to call off the event at the eleventh hour.

Nevertheless, some people turned up as they were unaware that the gathering was called off.

Police detained 17 men and 14 women and took them to the Dang Wangi headquarters about 8.40pm.

As of 10.30pm yesterday, details of the arrests are still sketchy as there has been no official police response.-NST

SOPs are a must even after herd immunity, says health DG