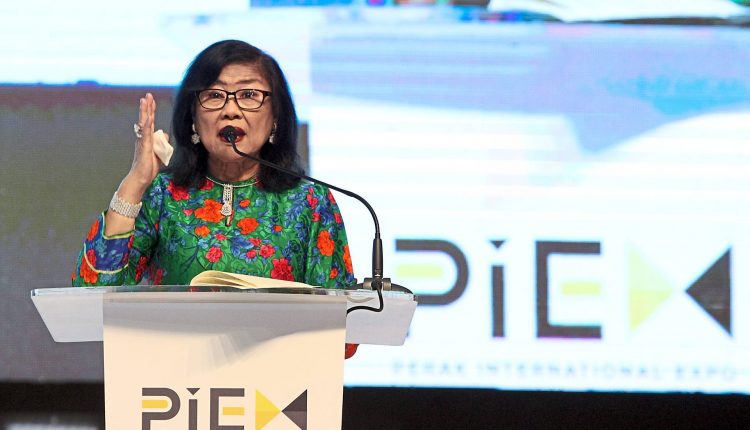 IPOH: Why restrict the hiring of women to only 30% if there are many good and capable ones – that is the question posed by former International Trade and Industry Minister Tan Sri Rafidah Aziz.

Such a restriction will only stop employers from hiring the best, she said.

Rafidah said setting a specific quota for female recruitment would only limit the potential of hiring capable women.

“These days, there are so many good and capable women. So why do we need to restrict it to only 30%?

“It’s not that we are hiring incapable women. Nowadays, women can compete and sometimes be even better than men, ” she told reporters after her keynote address at the Pangkor Dialogue held in conjunction with the Perak International Expo 2019 here yesterday.

She was commenting on a report on Sept 19 that there was a plan to have a 30% quota on the hiring of women in the public sector to be brought up for the National Women Policy 2021-2025.

Rafidah, who is currently AirAsia X chairman, said back in 1980, she had represented Malaysia as the delegation head at the United Nation’s Decade of Development meeting in Copenhagen.

“At that time, Malaysia did not set a quota for women as we were still a developing nation. But now, there are so many highly qualified women in journalism, working as chief editors, and pilots.

“By restricting (ourselves) to a number in the hiring of women, we are only stopping ourselves from getting the best, ” she added.

Perak investment, industrial and regional development committee chairman Datuk Seri Mohammad Nizar Jamaluddin, who was also present, said the state planned to hire women in more than 30% of the posts in its administration.

The Malaysian chapter of a female empowerment campaign, The 30% Club, said, as of September this year, women only made up about 27% of the boards of directors in the top 100 companies on Bursa Malaysia, short of 25 women from the 30% representation.

“In absolute terms, women represent 229 of the total pool of 851 board directors, ” it said in a statement yesterday.

For all companies listed on Bursa Malaysia, women representation accounted for only 17% of the total board seats.

The 30% Club is a movement of international chairs and CEOs who advocate for gender equality at all levels of their organisations.

One of the founding chairs, Tan Sri Zarinah Anwar, said when the 30% Club started in 2015, there were at least 17 top 100 public limited companies (PLCs) without a single woman on their boards.

“As of today, there is no longer an all-male board, ” she said.  -The Star