Rangnick will not take up Manchester United consultancy role 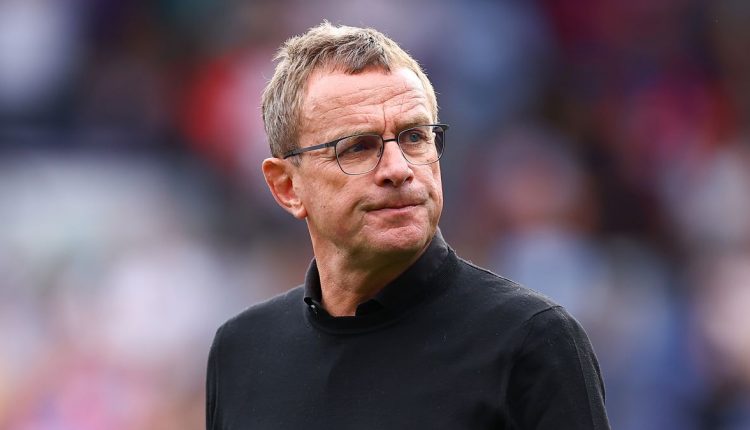 Ralf Rangnick will not stay on in a consultancy role at Manchester United following his six-month tenure as interim manager, he told a news conference on Sunday, citing the demands of his new job as Austria national team coach.

Rangnick, making way for Erik ten Hag, had an agreement to work as a consultant for two years and confirmed last month he would remain at the club despite his appointment as Austria manager.

“We would like to thank Ralf Rangnick for his efforts as interim manager over the past six months,” United said in a statement.

“By mutual agreement, Ralf will now focus solely on his new role as manager of the Austria national team and will not therefore be taking up a consultancy role at Old Trafford.

“We would like to wish Ralf the best of luck in this next chapter of his career.”

United finished sixth in the Premier League under Rangnick, who took over at Old Trafford following the sacking of Ole Gunnar Solskjaer in November.

Incoming boss Ten Hag would not be drawn on Rangnick’s position with the club when asked during his unveiling if he would welcome the 63-year-old’s consultancy role next season.

“That’s on the club,” Ten Hag said earlier this week.

Rangnick’s Austria kick off their Nations League campaign on June 3 against Croatia before taking on Denmark and France.-REUTERS