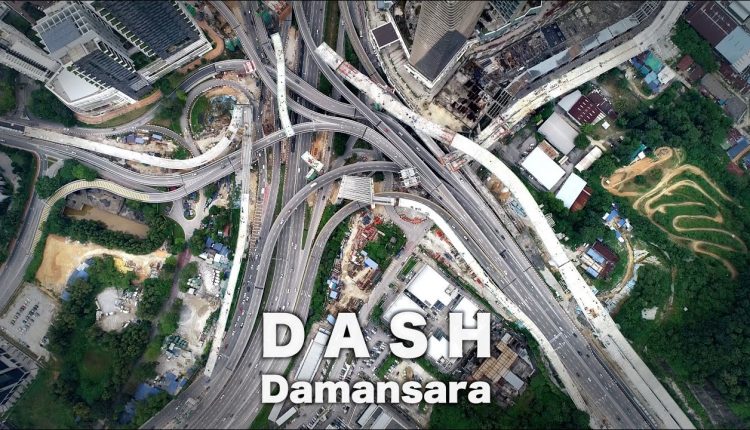 AHEAD of the Damansara-Shah Alam (DASH) expressway launch today, members of the media were given a preview of what motorists can expect.

He said the opening date and toll rates would also be announced later in the week.

“The expressway is a three-lane dual carriageway with 3.5m lanes as well as a 3m emergency lane.

It measures 20.1km in length from Puncak Perdana to Penchala, and has a 55.4km effective length when its interchanges are included.

“Travel time from both ends is estimated to be reduced to 30 minutes from the 90 minutes it takes using existing roads,” he added.

A network of routes are formed using seven ramps to connect with other existing expressways, such as Damansara-Puchong Highway (LDP) and Penchala Link with the Penchala interchange.

The expressway will have 13 interchanges connecting motorists with the LDP, Guthrie Corridor Expressway (GCE), Penchala Link and the SPRINT Expressway.

“It is expected to help smoothen traffic along Persiaran Mokhtar Dahari by 39%, Jalan Sungai Buloh by 39% and Persiaran Surian by 43%.”

“It includes a nexus of overpasses called the ‘Spaghetti Link’.

“The link is a network using seven ramps to connect DASH with existing highways underneath it and the expressway is expected to handle 50,000 cars daily,” he added.

“Three toll plazas are built along the expressway.

“However, motorists are only required to pay two out of three of the tolls as the middle lane of the Kwasa Damansara toll plaza will provide a bypass for those coming in from both ends, with the exception of motorists entering after the two tolls on both ends,” said Azlan.

He said DASH would be the first expressway in the country to “snake around buildings”.

The construction of DASH, which began in August 2016 and was completed last month, cost RM4.2bil.

DASH is under a private-public partnership initiative steered by the Economic Transformation Programme.

It will be monitored by 37 closed-circuit television cameras and is equipped with 18 emergency telephones as well as 30 vehicle incident detection systems and 10 variable message signboards along the expressway’s alignment.–The Star