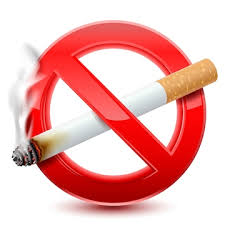 PUTRAJAYA: The Court of Appeal has fixed Nov 23 for its verdict on the appeal by seven persons seeking to quash the Health Ministry’s decision to ban smoking in all eateries.

Justice Yaacob Md Sam, leading a three-member panel, said they needed more time to deliberate on the issues raised by counsel in the appeal which were important and of public interest.

The seven – who had set up a society called Persatuan Pertahankan Perokok (PHP) – are appealing against the Oct 29, 2019 decision of the Kuala Lumpur High Court in dismissing their judicial review application for a certiorari order to quash the ministry’s decision to ban smoking at eateries.

At the court proceedings conducted online, lawyer Mohamed Haniff Khatri Abdulla, representing the seven, argued that a smoking ban enforced at eateries was unconstitutional, illegal and unreasonable as it was made without proper and thorough research.

He said before the enforcement of the smoking ban at eateries in 2019, smokers in Malaysia could smoke in a special zone provided by owners of airconditioned and non-airconditioned eateries.

“We submit that this situation is more balanced to the rights of smokers as well as non-smokers where non-smoking patrons at eateries can choose to sit at a designated place that prohibits smoking and smokers can smoke in places with the open-air concept,” he said.

Senior federal counsel Shamsul Bolhassan, representing the ministry, submitted that banning smoking in eateries was not unreasonable and illegal.

The ministry imposed a ban on smoking at all restaurants and food premises on Jan 1, 2019. — Bernama