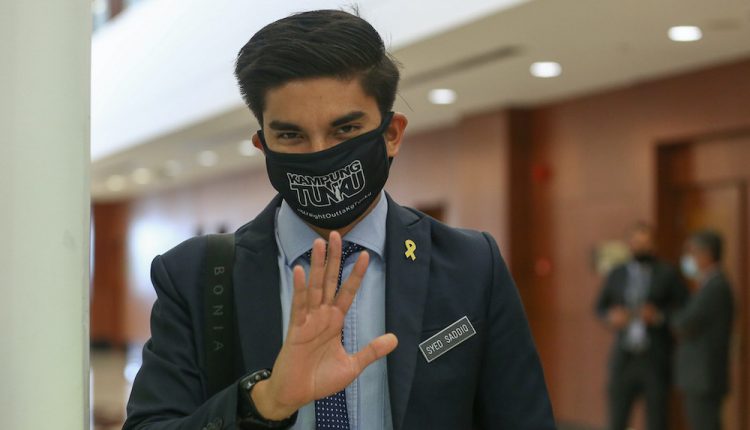 KUALA LUMPUR: The High Court here will deliver its decision tomorrow on whether Syed Saddiq Syed Abdul Rahman will be acquitted or ordered to enter his defence on charges of abetting in criminal breach of trust (CBT), misappropriation of assets and money laundering.

Syed Saddiq, 29, was charged as the then Bersatu youth wing chief entrusted with control of its funds with abetting the wing’s former assistant treasurer, Rafiq Hakim, with CBT of RM1 million at CIMB Bank Bhd on Jalan Stesen Sentral 2 here on March 6, 2020.

The charge, framed under Section 406 of the Penal Code, provides for a jail sentence of up to 10 years with whipping and a possible fine, upon conviction.

He was also charged under Section 403 of the Penal Code with misusing RM120,000 from the bank account belonging to Armada Bumi Bersatu Enterprise for himself by causing Rafiq to dispose of the money at Malayan Banking Bhd at Taman Pandan Jaya here between April 8 and 21, 2018.

He faces a jail term of up to five years and whipping, and is liable for a fine, if found guilty.

The Muda president and former Muar MP was also charged with two counts of money-laundering, involving two transactions of RM50,000 each believed to be proceeds from unlawful activities, transferred from his Maybank Islamic Bhd account into his Amanah Saham Bumiputera account at a bank in Taman Perling, Johor Bahru, on June 16 and 19, 2018.

The charges were framed under Section 4(1)(b) of the Anti-Money Laundering, Anti-Terrorism Financing and Proceeds of Unlawful Activities Act 2001, which provides for a jail sentence of up to 15 years and liable for a fine of not less than five times the sum or value of the proceeds of the unlawful activity, upon conviction.

The case, which began on May 21, is being heard by Justice Azhar Abdul Hamid.

“I am okay”- Dr Munirah, one of six persons who survived a helicopter crash