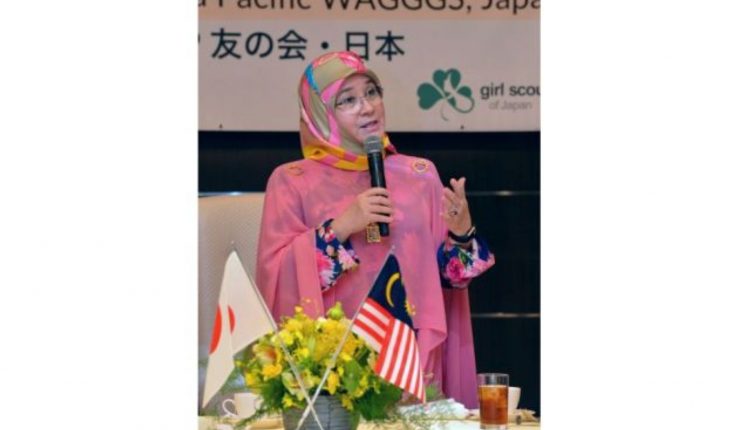 Tunku Azizah presented the donation at the hi-tea reception with Members of Asia Pacific Girl Guides and World Association of Girl Guides and Girl Scouts (WAGGGS) of Japan, held at a hotel here on Tuesday (Oct 22).

The Queen, who is also the royal patron of WAGGGS, also had the pleasure of mingling with 66 members of the Japan Girl Guides Association at the event.

Tunku Azizah and Yang di-Pertuan Agong Al-Sultan Abdullah Ri’ayatuddin Al-Mustafa Billah Shah are here at the invitation of the Japanese government to attend the enthronement ceremony of Emperor Naruhito, which took place at the Imperial Palace earlier Tuesday.

Naruhito, 59, succeeded the throne from his father, Emperor Akihito, on May 1, after the latter abdicated due to health reasons, becoming the first emperor to do so. – Bernama