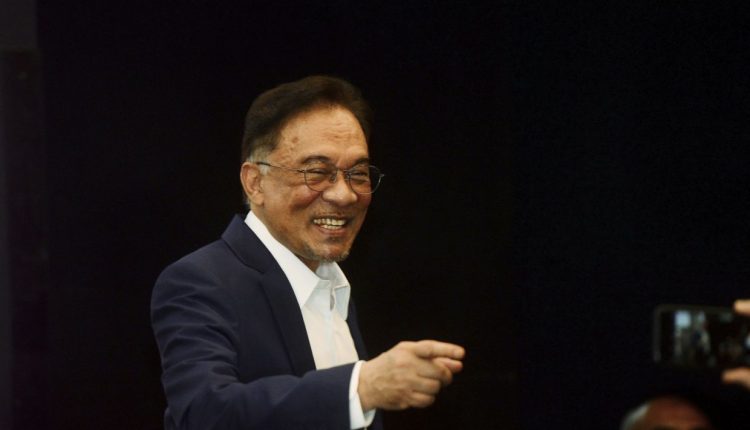 PETALING JAYA: PKR president Anwar Ibrahim said he would not entertain any personal attacks by candidates contesting the Tambun parliamentary seat in the 15th general election.

He said this is especially the case for attacks hurled at him by Bersatu deputy president Ahmad Faizal Azumu, better known as Peja, who is set to defend the Tambun seat against the Pakatan Harapan chairman.

“I won’t entertain any personal attacks from other candidates, especially Peja.

“His father is a good friend of mine, so is his parent-in-law, who helped me when I was in Umno last time. I don’t want to make this personal,” he told a press conference in Manjoi, Perak, today.

Anwar said he chose to contest in Tambun to strengthen his coalition’s hold in Perak and also to reclaim Putrajaya.

On Saturday, Faizal asked Anwar to clarify his stand on Israel that he made 10 years ago.

His statement came two days after Anwar announced that he would contest the seat in GE15.

Faizal asked if Anwar still supported the statement he made about supporting efforts to protect the security of Israel during an interview with the Wall Street Journal (WSJ) in 2012.

He also raised concerns about speculation that some of the kidnappers of a Palestinian man last month were supporters of PKR and Pakatan Harapan.

Anwar also denied claims that he was fleeing the Port Dickson seat because he could not help its people. He said he had never neglected them and had actually been asked by the electorate to remain there.

Anwar was the Port Dickson MP before the dissolution of Parliament. He had been the MP for Permatang Pauh in Penang for five terms between 1982 and 2015.

Asked if contesting in a new seat, Tambun, was a “do or die” decision for him, Anwar said the focus is on winning new seats in GE15.

“Do or die doesn’t mean much to me. My colleagues have done their own ground work.

“I know it’s not as simple a terrain as Permatang Pauh, Port Dickson or many of the seats in Selangor. I thought it’s only proper for me to try my level best to win new seats.

“We are talking about forming a new government here,” he said.–FMT