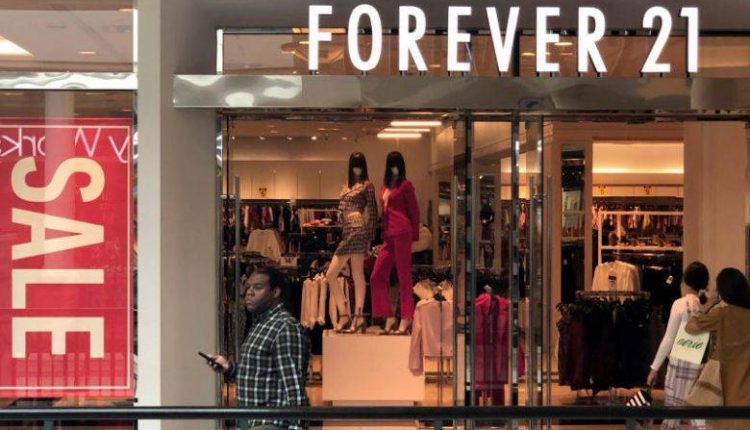 NEW YORK (Bloomberg): As Forever 21’s botched international expansion morphed into a money-loser, its owners turned to a funding source less likely to say no: their own children.

Founders Jin Sook and Do Won Chang borrowed US$5 million (S$6.9 million) in 2015 from the trusts for each of their adult daughters, Linda and Esther Chang, paying them 2 per cent interest.

Now the offspring are named as unsecured creditors of their parents’ company in filings Monday with Forever 21’s bankruptcy.

Details of the family loans provide a glimpse into the workings of a company that, despite its size and profile, has operated in near-total privacy in its business dealings, even as its sales by 2014 topped US$4 billion.

The documents didn’t specify how large the trust funds were or how big a portion of the funds were drained by the loans.

Representatives for Los Angeles-based Forever 21 didn’t immediately respond to a request for comment.

The loans coincide with an ill-fated global expansion that featured the launch of more than 200 stores globally between 2005 and 2015.

The project had been championed by Do Won Chang, Forever 21’s chief executive officer.

But the new stores were too expensive and too big to stock, with many exceeding 35,000 sq ft, according to court papers. That strained Forever 21’s supply chain, and the brand’s skimpy Southern California aesthetic failed to resonate abroad, especially in Asia.

By the tail end of the expansion, the new stores were reporting earnings down 137 per cent, according to the court documents.

They “undermined Forever 21’s ability to nimbly bring inventory to market, and, by extension, hurt its worldwide profitability while distracting the management team,” the company said.

It was under this strain that Forever 21 tapped its founding family for a lifeline.

Chang drew up loan agreements in January 2015 that included US$10 million from his own accounts and US$5 million from each of his daughters, the filings show.

The loans weren’t the daughters’ first foray into the family business. They grew up spending summers and holidays “wielding price tag guns in warehouses” and both took roles at the company after attending Ivy League universities, according to court documents.

Esther graduated from Cornell University with a degree in fashion and merchandising, and at 24 in 2011 was the head of the company’s visual display team.

Linda got an undergraduate business degree from the University of Pennsylvania, and started leading the marketing department at age 27 a decade ago.

Together, the sisters in 2017 launched the lifestyle brand Riley Rose, to serve as a beauty and wellness complement to Forever 21’s fashion offerings.

As part of the bankruptcy, the company will curtail a planned expansion of the brand by seeking to cancel leases on nine unopened Riley Rose shops. -The Star

Ringgit falls against US$ ahead of US manufacturing data