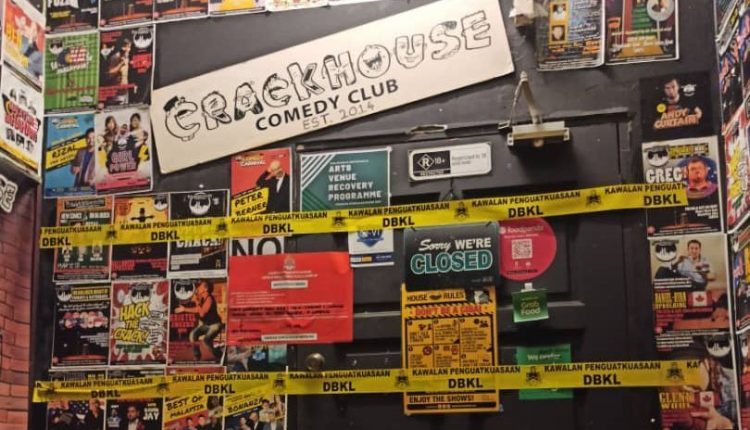 PETALING JAYA: Lawyers acting on behalf of the Crackhouse Comedy Club’s co-owners say they will initiate legal action against Kuala Lumpur mayor Mahadi Che Ngah unless he reverses a revocation of the club’s operating licence and the blacklisting of the owners from registering other businesses.

The lawyers from Karpal Singh & Company said in a letter of demand to Mahadi that they would initiate legal action to set aside the decisions if there was no response from him within 48 hours.

It said the owners had not been officially notified about the revocation of the club’s licence and the blacklisting, adding that they had never been found guilty of any offence that justified DBKL’s decisions.

If media reports on the issue were true, the firm said, the owners’ right to livelihood as guaranteed in the Federal Constitution would be “seriously affected”.

It described DBKL’s decisions as “unreasonable” and “irrational”.

The blacklisting follows the suspension of the comedy club’s licence by DBKL early last month over a video clip that went viral showing a stand-up comedian removing her baju kurung to reveal a dress underneath during an act at the club.

The woman and her boyfriend were later arrested and charged.

He was charged in the Kuala Lumpur sessions court with three counts of uploading videos on his three social media platforms that allegedly touched on racial and religious sensitivities.

He pleaded not guilty and was released on bail.– FMT