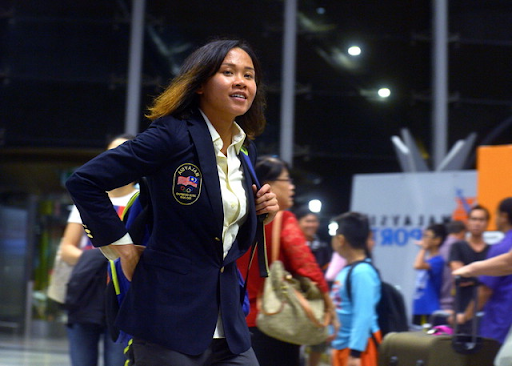 KUALA LUMPUR: It was not one of Pandelela Rinong’s best performances, but it was still enough to get her into the women’s 10m platform final at the World Championships in Budapest on Sunday.

With that, the diver maintains her record of never missing a final at the world meet since her 2009 debut in Rome.

The 29-year-old started the day by placing fourth in the preliminaries with a score of 332.10 and had looked to improve on that.

But it didn’t quite go according to plan for the Sarawakian who eventually finished seventh with 313.15 points in the semi-finals.

The two-time Olympic medallist who was 12th after the second dive, recorded a 72.00 effort in the third dive to bump herself up to fourth.

But a 57.60 effort in the fourth dive saw her slip back down the standings and she eventually settled for seventh.

Reigning world champion Chen Yuxi was miles ahead with a total of 427.00 while Olympic gold medallist Quan Hongchan was second on 413.70, followed by Canada’s Caeli McKay (336.30).

The top-12 divers made the final, which will be held later today.

Pandelela will need to raise her game if she hopes to get onto the podium.

The pair recorded 337.83 points and it was only good enough for an 11th spot finish.