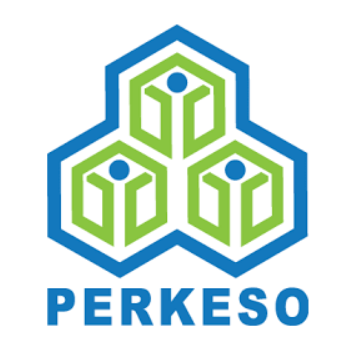 KUALA LUMPUR: Some three million housewives in the country will soon be eligible for a voluntary insurance protection scheme against injuries suffered while tending to their families and homes.

This comes after the Dewan Rakyat passed the Housewives Social Security Bill (HSS), which allows husbands to voluntarily contribute to the scheme for their wives who are below the age of 55.

Deputy Human Resources Minister Datuk Awang Hashim said the scheme, to be managed by the Social Security Organisation (Socso), would offer insurance coverage of between RM300 and RM50,000 depending on the seriousness of the injuries sustained by housewives at home.

“The government will allocate RM20mil to provide insurance coverage to 150,000 housewives from the B40 group for 10 months under the scheme, and will seek further allocation from the Finance Ministry for the purpose,” he said when tabling the Bill for its second reading in the Dewan Rakyat here yesterday.

For a start, he said the HSS would only cover housewives and not husbands who assumed the role of a homemaker.

“This is an entirely new law and there will be room for revision later to include protection for husbands looking after their homes,” he added.

Under the scheme, husbands are required to pay RM120 in advance to Socso to provide protection for their wives over a 12-month period.

The contributions can be made through deductions by the husband’s employers.

A husband who has voluntarily registered for the scheme but fails to make the contribution could face a RM10,000 fine.

However, a husband could escape liability should he inform Socso in writing that he is unable to continue with contributions due to loss of income or other reasons.

Housewives can also choose to make their own voluntary contributions if their husbands opt not to sign up for the scheme.

The scheme, which is open to housewives in all income groups, offers a range of medical benefits and compensation payments of between RM300 and RM50,000 depending on the seriousness of their injuries sustained at home.

For example, housewives who suffer total permanent disability such as the loss of a hand or foot, severe facial disfigurement, loss of sight essential for work or absolute deafness will be eligible for RM30,000 in compensation.

Compensation of RM300 will also be paid out to housewives who lose part of their toes.

Also provided is a RM250 monthly allowance to housewives requiring constant attendance due to their injuries.

This includes RM200 a month for dialysis treatment for those suffering from end-stage renal failure.

A housewife will also be entitled up to RM50,000 for physical rehabilitation due to her injuries.

Awang said housewives would continue to be protected throughout the insurance coverage period should they divorce their husbands.

“They will still be protected throughout the coverage period as long as the injury sustained occurred before the divorce,” he added.

The HSS was tabled for its first reading in the Dewan Rakyat by Human Resources Minister Datuk Seri M. Saravanan last Tuesday.

The Bill was passed by a majority voice vote by the House.–The Star

‘Minimum wage is no joke’