Time for Umno to move on from Muafakat Nasional, says Zahid 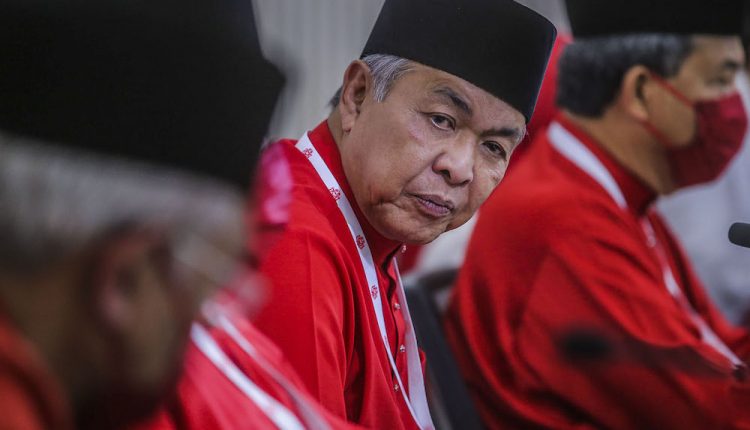 PETALING JAYA: Ahmad Zahid Hamidi said it was time for Umno to “move on” from Muafakat Nasional, the political alliance it formed with PAS in September 2019.

In the clearest indicator that there was not going to be any further cooperation between the two parties, the Umno president said the party needed to face the next general election (GE15) without the uncertainty of the alliance hanging over its head.

Zahid said as components of the Perikatan Nasional (PN) coalition, PAS and Bersatu had announced that it had reached an agreement in terms of state and parliamentary seat allocations in the peninsula for GE15.

PAS, he added, had also declared its loyalty to Bersatu and its president, Muhyiddin Yassin after it joined PN in August last year.

Zahid recently reiterated it would not work with Bersatu in the coming polls based on the decisions made by the Umno Supreme Council and party grassroots at the last annual general assembly and division meetings.

“It is very clear that Umno has to move on and push ahead immediately. We cannot remain in uncertainty,” he said in a Facebook post tonight.

Uncertainty, he said, would be a stumbling block to Umno’s strategies planned for GE15.

However, the Bagan Datuk MP said it did not mean Umno would give up on the “real Muafakat Nasional”, which he said was formed in 2019 to unite Muslims.

“The party is not rigid. There is still room left to uphold the ‘real’ MN if PAS is prepared. But for now, Umno needs to face the current reality.”

Zahid’s post comes days after he hinted that Muafakat Nasional was dead when asked of the alliance’s chances in the next GE.

In April, he said Umno would continue to defend Muafakat Nasional, even after PAS announced its plans to stick with Bersatu in the next polls.

Umno and PAS signed the Muafakat Nasional charter on Sept 14, 2019, in a move that was seen to have buried decades of rivalry between the two parties.-FMT

3 sisters fake kidnapping to demand ransom from their father