Zahid in hospital after fall, cannot be in court for graft trial 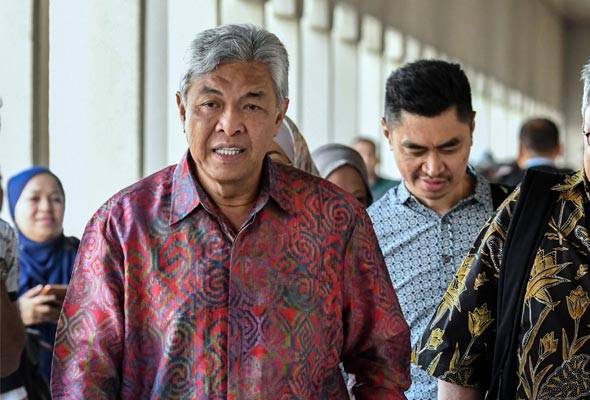 KUALA LUMPUR: The High Court was told today that Ahmad Zahid Hamidi will not attend the submission of his corruption case as he has been hospitalised.

Lawyer Hisyam Teh told trial judge Collin Lawrence Sequerah that Zahid was admitted to hospital on Sunday after he suffered a fall last week.

“The doctor said he is not fit to attend court. Be that as it may, we leave it to the court’s discretion on whether to hear our submission or otherwise,” he said.

“As far as the defence is concerned, we are ready to proceed. We don’t want to be accused of any delay.”

“However, our concern is that under the law, an accused person must be present in court for his case,” she said, adding that it would be fair for Zahid to follow the submissions online.

Sequerah did not make an immediate decision.

Zahid is facing 47 charges of alleged criminal breach of trust (CBT) involving funds from his Yayasan Akalbudi, money laundering as well as accepting bribes for various projects during his tenure as the home minister.

The court is scheduled to hear submissions at the end of the prosecution’s case today and from Sept 6 to 9.-FMT