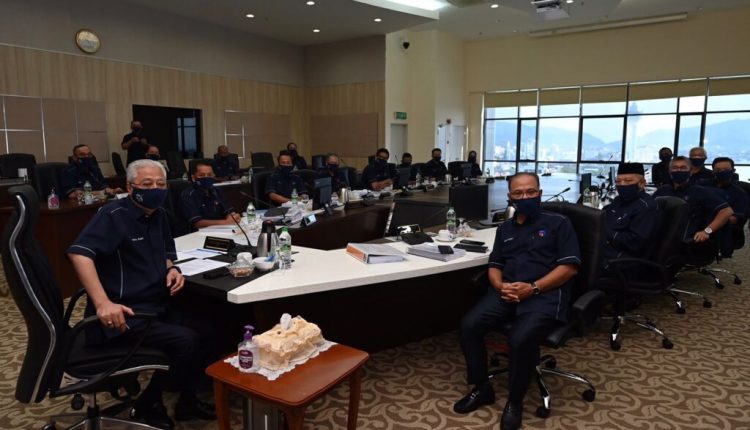 He said all the projects were decided at the ECERDC meeting held at Kelantan State Secretary Office in Kota Baru, today.

He said the projects covered the construction of East Coast Expressway Phase 3 (LPT3) from Gemuroh, Terengganu to Pengkalan Kubor, Tumpat, Kelantan over a distance of 147 kilometres (km) and Phase 2 of the Flood Mitigation Project in Rantau Panjang-Golok which were approved with a cost of RM897 million.

“Apart from that, the government also agreed to the extension of Kuantan-Segamat Highway involving the route from Runchang to Simpang 3 Keratong over 51km.

“The government is also developing towns at the border with Thailand by building a bridge in Sungai Golok in Rantau Panjang and the Tak Bai-Pengkalan Kubor bridge,” he said when speaking at the opening of Kampung Laut Heritage Village here today.

Present at the meeting was the Chief Secretary to the Government Tan Sri Mohd Zuki Ali and Kelantan State Secretary Datuk Nazran Muhammad.

Commenting further, Ismail Sabri said the government has always been fair to all states when implementing development.

“I appreciate the efforts of ECERDC in leading national economic recovery initiatives in the East Coast Economic Region (ECER) through the implementation of various development programmes on human capital, strategic projects, and attracting new investments.

“The efforts had succeeded in stimulating economic activities in ECER and added value to the prosperity of Keluarga Malaysia,” he said and added that the programmes implemented in ECER targeting B40, unemployed and the Orang Asli community have attained impressive success.

He said taking into account current developments and the ECER 2.0 Master Plan that will end in 2025, ECERDC needs to conduct a study of the ECER 3.0 Master Plan to draw up a socioeconomic implementation plan until 2030.

“I understand that this matter will be discussed further later,” he said. ― Bernama

Charles becomes King as the face of a nation changes