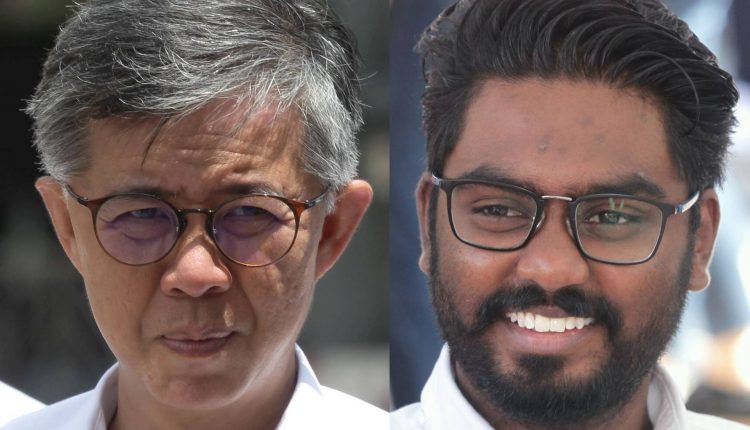 PETALING JAYA: Batu MP P. Prabakaran has told his predecessor Chua Tian Chang, better known as Tian Chua, that it is more “practical” for him to keep serving his constituency, because as a local boy, he understands the issues there.

Prabakaran said that his understanding of “practical” was perhaps different from Tian Chua, who had said that it was more practical for him to be the Batu MP compared with Prabakaran, who was inexperienced.

In response to Tian Chua and in emphasing the word “practical” several times, Prabakaran said that it was practical for a youngster like him to give the best service to the voters.

“It is very practical for me to approach the voters and vice versa, for the problems that have not been solved for many years.

“It is practical for me to understand the issues in Batu and bring about change as a local, ” he said in response to Tian Chua, who was Batu MP for two terms.

Prior to this, Tian Chua had been quoted by The Malaysian Insight (TMI) as saying: “The people know me. I have not only developed a close relationship with them; there is also a lot of personal attachment to community leaders and the folks here, ” .

Prabakaran said it would be very “practical” if he was given the space to do his job for the rakyat, instead of answering political questions.

“I will continue giving the best service as Batu MP with the support of the political party, and I do not have much time to worry about things that do not directly benefit the people of Batu,” he said.

Prabakaran, 23, is currently the youngest MP, while Tian Chua, who was Batu MP for two terms prior to GE14, was disqualified as a candidate by the Election Commission returning officer, on account of a RM2,000 fine imposed on him for a criminal case in 2017.

The sentence was in relation to his conviction for insulting the modesty of a police officer by using foul language four years ago.

As a result of his disqualification, Tian Chua endorsed then independent candidate Prabakaran, who only joined PKR after the elections.

Tian Chua’s push to reclaim the Batu seat followed the Nov 6 High Court decision that his disqualification as a GE14 candidate was invalid, and that he was free to contest in future elections.- The Star Online

Better for Batu to have me as MP, says Tian Chua