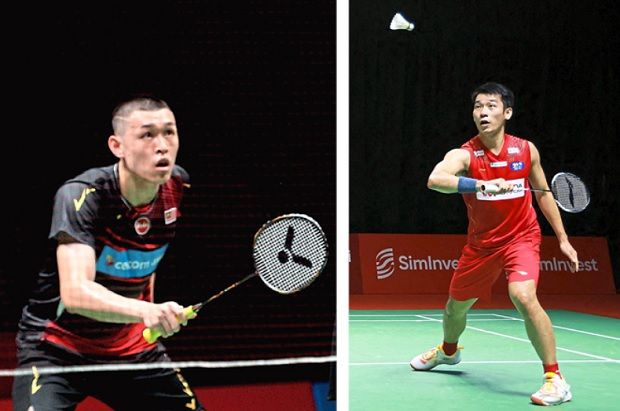 WHILE all eyes will be on Aaron Chia-Soh Wooi Yik, a scratch pair are quietly hoping to spring a surprise in the individual event.

Aaron-Wooi Yik are one of the gold medal hopefuls while nothing much is expected of Tan Kian Meng and Chan Peng Soon as their focus is in the mixed doubles with Lai Pei Jing and Cheah Yee See respectively.

But Kian Meng is refusing to play down his chances with Peng Soon. “We have been given the responsibility to play as the second men’s doubles pair and we will give our very best. We will try to spring a surprise,” said Kian Meng.

The 28-year-old is satisfied with his training sessions with Peng Soon so far in Birmingham.

“After these few days in training, we feel quite good about our partnership,” said Kian Meng.

Meanwhile, veteran Peng Soon feels that they can play without pressure as they are not considered a medal prospect.

“Our main event is the mixed doubles. So we will play without pressure together,” said Peng Soon.

It will indeed be special if Kian Meng-Peng Soon could set-up another all-Malaysian final with Aaron-Wooi Yik.

Another pair forming a scratch partnership will be Pei Jing-Yee See who will be the second women’s doubles pair behind Pearly Tan-M. Thinaah.

Meanwhile, Peng Soon, who is the most experienced member in the squad, has issued a rallying cry to his teammates ahead of the group stages of the mixed team event today.

“The most important thing is to fight together as a team. I really want to play my part in ensuring the team regain the mixed team gold which we lost to India in 2018,” said Peng Soon.

In the opening group stage, Malaysia will play minnows Zambia and Jamaica today.– The Star

More than half of new Covid-19 cases from Klang Valley