Yong gets 13 years’ jail and rotan for raping maid 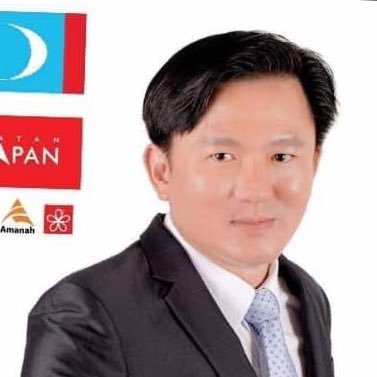 IPOH: For raping his Indonesian domestic helper three years ago, a High Court here sentenced Tronoh assemblyman Paul Yong to 13 years in jail and two strokes of the cane.

In the dock, Yong, wearing a black suit, looked composed when the guilty verdict was delivered by Justice Abdul Wahab Mohamed.

In meting out the sentence yesterday, Justice Abdul Wahab said the court found the 52-year-old former state executive council member guilty of the crime after considering all the evidence and witness statements submitted.

He said the defence had failed to raise reasonable doubt against the prosecution’s case.

“As the employer, you should be protecting her, especially when she has come from a different country, and not act according to your lust.

“This is a case where the proverb Harapkan pagar, pagar makan padi (trusting someone who ends up betraying us) fits.

“The court takes into consideration the public interest of this case, and a lesson not only to the accused but also to those who have the intention of committing a similar crime.

“A deterrent sentence will serve as a warning as cases of rape are on the increase. I am sentencing you to 13 years in jail with two lashes of the cane,” he said.

In his 45-minute judgment, Justice Abdul Wahab said the court found the victim to be a credible witness, honest and convincing.

He said the court could not accept the argument that the victim made up stories about her being raped.

“The court also finds elements of afterthought from the witnesses produced by the defence, especially in the time frame as to what occurred on the night of the incident, just as the accused, his wife and a friend had returned from Kuala Lumpur.

“The court also agrees with the prosecution that there was no concrete evidence or information that the accused was a victim of a political ploy and had enemies, as raised by the defence, which is baseless,” he said, adding that these arguments could not be proven.

Justice Abdul Wahab said the court agreed with the prosecution that the points raised by the defence, that the victim knew the person who took her to the police station, were merely bare claims.

“It was her first time in Malaysia to work, and to earn a living when she started working in the house of the accused, she never mixed or talked to strangers,” he added.

Yong’s lead counsel, Datuk Rajpal Singh, during mitigation said his client was married with four children and was the sole breadwinner of the family.

Salim Bashir, another of Yong’s counsel, said his client was a politician and assemblyman for nine years who did a lot of charity work.“The case does not involve an underage victim, or incest,” he said, adding that no blood was shed.

State prosecution director Azlina Rashdi asked for a deterrent sentence due to the nature and gravity of the crime.

“The trauma that the victim went through will haunt her for life, especially when she was threatened when the incident took place.

“As a leader, the accused should be portraying a good example, and not demean the dignity of a person,” she added.

Rajpal informed the court that they would be filing an appeal to the Court of Appeal and requested a stay of execution, which the judge granted.

Justice Abdul Wahab also increased the current bail to RM30,000 from the initial RM15,000 as requested by Azlina with one surety, and ordered Yong to surrender his passport

On Dec 7 last year, Yong was ordered to enter his defence after Justice Abdul Wahab ruled that the prosecution had successfully proven a prima facie case against Yong.

On Aug 23, 2019, Yong claimed trial at the Ipoh Sessions Court on a charge of raping his then 23-year-old domestic helper. The offence was allegedly committed in a room on the top floor of his house in Meru Desa Park between 8.15pm and 9.15pm on July 7 that year.

In 2020, the Federal Court allowed Yong’s appeal to transfer the case from the Sessions Court to the High Court.

Yong was a former exco member during the tenure of the Pakatan Harapan leadership in the state.

He quit DAP after Perikatan Nasional formed the Perak government in March 2020.

He then joined Parti Pribumi Bersatu Malaysia in December 2020, before quitting and joining Parti Bangsa Malaysia early this year.– The Star