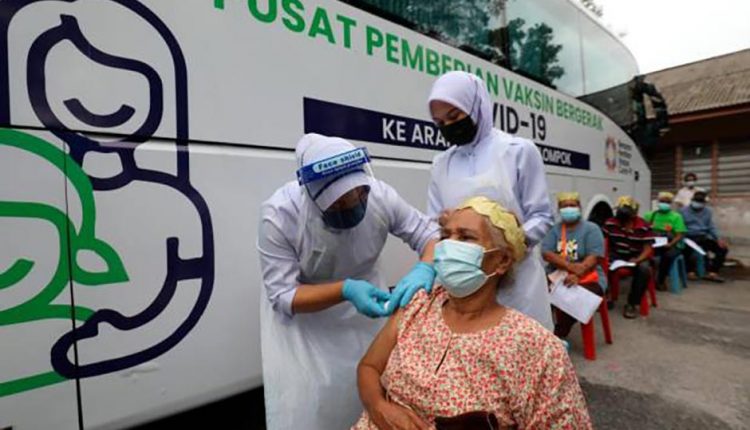 Responding to a question from Ramli Mohd Nor (BN-Cameron Highlands) in the Dewan Rakyat, Rahman said 82,555 of the total 144,180 Orang Asli across the country have been vaccinated.

He gave an assurance that the ministry, through the Orang Asli development department (Jakoa) and other government agencies, would work towards vaccinating the remaining 43% by optimising its resources.

However, he noted that this was dependent on the supply of the CanSino vaccine, asking health minister Khairy Jamaluddin to expedite the channelling of the single-dose vaccine.

“The daily vaccination rate among the Orang Asli is increasing. The rural development ministry will work with other agencies to further boost this.

“We will optimise the use of assets like helicopters and boats to get to the interior to boost the vaccination rate,” he said, adding that the single-dose CanSino jab made it easier to vaccinate those living away from villages and towns.

Rahman said the community had been apprehensive about getting vaccinated at first, though now “nearly all” of them were ready and willing to get immunised against Covid-19.

In August, it was reported that there had been a spike in Covid-19 infections and deaths among the Orang Asli, with cases up by more than 10-fold. -FMT